NASA's Moon Rock is now currently on display at the Calvin College. Moon Rock or also called lunar rock, is a rock that is found on the Earth's moon. This lunar material is collected during human exploration activities of the Moon.

But Moon rocks are not always collected by humans from different countries who made Lunar journeys. Some of these materials were collected by Lunar robots and crafts.

NASA loaned their collection just for Calvin College. According to Professor Renee Sparks, the Apollo 15 mission used a rover that went out from the Moon landing site and gathered samples from different locations. The rock collected is said to be 3.9 billion years old. Its composition is different from the minerals on Earth but it has a similar mineral content to that of Besalt. Sparks explained, however, that the lunar rock does not contain any water which means it is a dry rock compared to the Besalt rocks on Earth.

To care for the collection, Sparks himself had to travel to Houston to retrieve the lunar artifact and keep it in her possession. Most of the Moon rocks on Earth are stored in nitrogen to keep them free of moisture. In addition, they are only handled indirectly, using special tools.

Because of how rare they are on Earth, and the difficulty of obtaining more, Moon rocks have are constant targets of theft and vandalism. Many Moon rocks have gone missing or were stolen over the years.

Head to Calvin's Mineralogical Museum for a peek at the NASA Moon rock collection for the next three months. The general public can see the Moon rock from Wednesdays to Fridays.

Is Detention Working For Student Discipline? 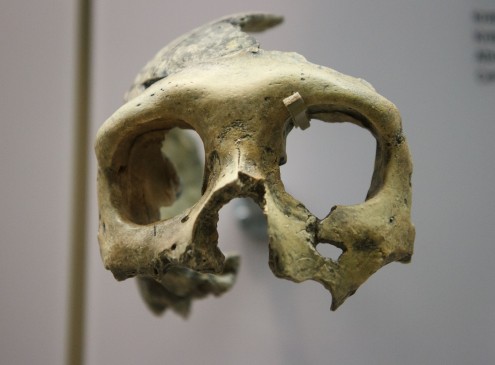