Nokia Update: Nokia Android Smartphone To Debut At 2017 MWC, Will Nokia Makes A Hit In The Smarphone Market?

As reported earlier by the Chinese website Weibo, which provided the leaked news, the Nokia's expected smartphone will be powered by a Qualcomm Snapdragon 820 chipset. However, the expected flagship phone has come under fire for having an outdated processor because rivals will be using the much faster Snapdragon 839 processors by next year.

According to reports, Nokia's new entry-level smartphone, dubbed the Nokia Pixel, will reportedly run on the latest Android 7.0.1 Nougat operating system. The expected handset is said to feature a dual-core CPU variant with a Qualcomm Snapdragon 200 processor clocked at 1.19GHz.

Additionally, the flagship smartphones will also be supporting the innovative Quick Charge 3.0 technology for charging the battery. Other features and important specs might include a 3GB of RAM and 32 GB of ROM, a 1920 x 1080 pixel screen resolution, a 5.2-inch touch screen with a 2K display, and a 13-megapixel primary camera and 8-megapixel front shooter camera.

The phone is expected to have a metal unibody design with some waterproof certification, as what Starlr Tech reported earlier. In addition, the expected handset will also feature with latest Carl Zeiss lens, just like what Nokia did to its Lumia smartphone that had once ruled the smartphone alley.

Currently, the global smartphone market is being ruled by a plethora of Android-powered devices led by Samsung Galaxy S7 edge and Google Pixel.

Reports said that the name Nokia Pixel is likely to change before it will be released commercially in the market.

HMD Global, the firm behind Nokia strong comeback, has reportedly confirmed its presence at MWC 2017 tech event. Back in May, Nokia had announced that it signed a strategic licensing contract with HMD Global, granting the Finland-based company an exclusive global license to manufacture and sell Nokia-branded mobile phones and tablets for the next 10 years. 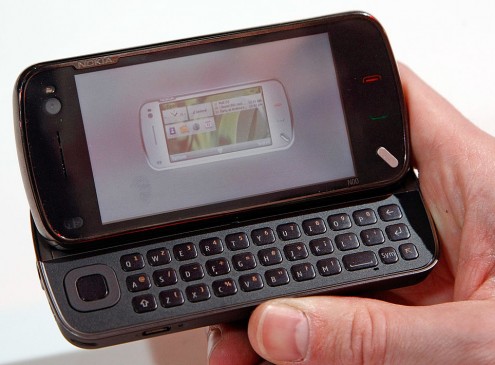