Fans and gamers alike were thrilled when it was finally announced that the co-op mode for "Uncharted 4" was coming soon. It seems that Christmas came a bit early as news and a trailer were recently revealed regarding the new "Uncharted 4: Survival." As fans get to preview the cooperative mode, more details about it were explained fans.

It was recently reported that the next feature to be added to the highly-acclaimed action-adventure video game, "Uncharted 4: A Thief's End," will be the co-op mode, Gamespot has learned. It was said that the new mode will be called "Uncharted: Survival." Moreover, it was said this cooperative feature will be a wave-based mode where the player and up to two more companions can band together to fend off waves of increasingly difficult opponents.

It was further elaborated by Naughty Dog's game designer, Vinit Agarwal, that the upcoming "Uncharted: Survival" was based off the same premise as that of "Uncharted 2" and "Uncharted 3's" Co-Op Arena mode.

Agarwal also mentioned that they've built and developed the core gameplay of "Uncharted: Survival" with an absolute change in level of depth, challenge, and variety. The gameplay will also feature new kinds of opponents, stronger and more difficult bosses, a dedicated progression system, and even an expansive upgradable weaponry.

The upcoming co-op mode, "Uncharted: Survival" for the fourth installment of the franchise, was said to revolve mainly around strategy, camaraderie, and skill, PlayStation Blog reported.

It was explained further by the source that fans can expect fifty waves and ten maps, where they'll go head to head against Shoreline mercenaries, armor cladded Brutes, Snipers, Hunters, and more. As each wave passes, the enemies become more aggressive and better equipped. After every 10th wave, a boss battle will ensue that will include their all-new Pirate Warlords.

As such, it was also mentioned that fans can get a first-hand experience of the new co-op mode at their "Uncharted: Survival" booth at the PlayStation Experience 2016.

It seems that fans of the game can expect only great things this mid-December as "Uncharted: Survival" gets launched. 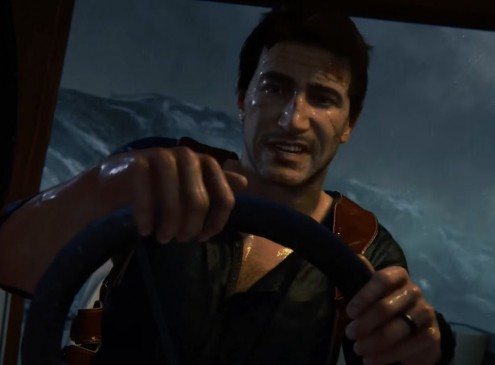