‘Gears of War 4’ Gameplay: Horde Mode 3.0 on Community Nights; Plus Host Of The Day Event [VIDEO]

Following the tenth anniversary of "Gears of War," community nights have returned and various weapon and character themed events are in lineup to occur each month thanks to the support of The Coalition - their fulfilment of their promise to support various community events.

The first event will take place on Saturday, Dec. 3 at 10 AM Pacific. The event will last two-three hours depending on turn out.

In "Gears of War 4," players will take place in Horde 3.0 with 10 waves completed or failed on hardcore or insane. Teams must have at least one scout and engineer and players will be able to choose their map of preference. In addition to that, players will be cycled every two matches and will invite new players to the lobby, GSM Arena reported.

Horde Mode 3.0 was teased earlier this week as part of IGN First's look at the upcoming sequel, and it was revealed that we will see the return of five player co-op as players battle 50 waves of Swarm and DeeBees, with boss challenges coming every 10 waves. A new class-based system is being introduced as part of 3.0, letting players choose from five roles: soldier, sniper, scout, heavy, and engineer.

Each lobby is two matches and you must complete atleast one lobby in order to be entered in a prize from the event - all of which have been donated and may vary depending on what's available. There will be a thread to be updated on whether special guests might join in on the events.

Aspiring players must message the Host on the day of the event, with the word COMMUNITY NIGHTS, in order to get an invite. Invites will be then sent out in the order that the host received the messages in.

Excited about "Gears of War 4?" Watch the video below: 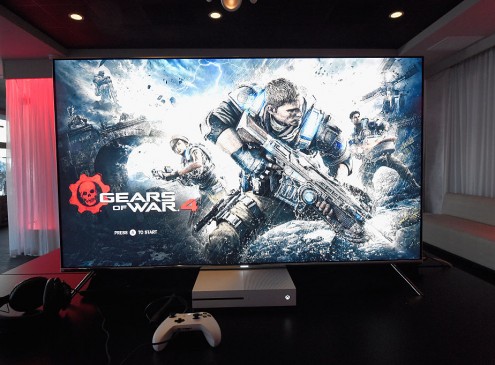