Bermuda Triangle mystery has caused the disappearance of high number of planes and ships. A new theory proposed by American scientists suggests 'air bombs' as the reason why anything caught inside never survives.

A documentary by Science Channel shows bizarre images of Bermuda Triangle caught on satellite. There are hexagonal shapes of clouds over the sea formed by microburst - forming massive size of wind that could disrupt any ship or planes that travel through the area.

Bermuda Triangle mystery according to meteorologists

A new theory suggests unusual hexagonal clouds that could create 'air bombs' - the turbulent wind that can reach up to 40 feet.

Randy Cerveny, a professor of Geographical Sciences at Arizona State University explained that the air bombs come down from the cloud to the water can disrupt any flying objects that pass through the area - causing planes to knock out of the air in an instant, Independent reported.

The Meteorologist goes on to say that the hexagonal clouds forming microburst could blast of air and hit the ocean. It is then creating massive waves, very powerful that can make ships flip over and sink.

The explanation however, does not solve the mystery how these clouds can be strange. Cerveny spoke to USA Today that it was not a big breakthrough

Bermuda Triangle is responsible for the lost of a thousand lives, hundreds of ships and planes within the past century.

MIT Researchers Create A Technique Beyond AR: The Future of Gaming could Rely on This Tech... 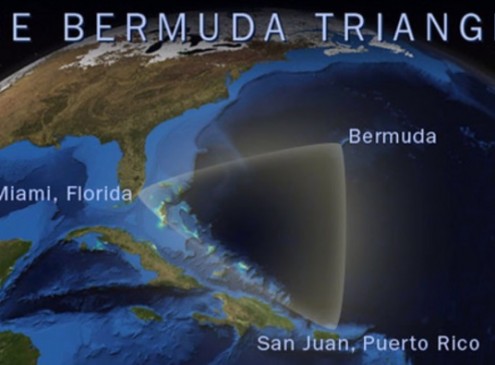