Here are the five features in Microsoft Surface Pro 5 that you can expect on its release date.

Many tech analysts claimed that Surface Pro devices are objectively the most useful tablet. With that said, the upcoming Surface Pro could sport laptop-class keyboards with a dedicated connector.

Previous reports indicate that Surface Pro 5 might have a new stylus that is rechargeable using a dock. This information is based on a leaked patent document that states Microsoft's stylus can be placed in a particular location during charging when not used.

Surface Pro 5 is said to use Intel's seventh generation core, the Kaby Lake. If the rumor is to be believed, then the upcoming Pro device will have more power and be battery efficient. The processor is expected to enhance the performance as it is paired with 4GB of RAM and runs the latest Windows 10 version, Redstone 2.

The USB-C port has become a new standard of connector in today's devices. Apple has used it and a lot of smartphones have also migrated to this type of USB. Hence, it is highly likely that Microsoft will equip the Surface Pro 5 with USB type C 3.1 port that allows faster data transfers.

Another viral rumor is the 2K and 4K display that will that make a great feature. The high-res screen display will increase the user experience and the latest Polaris graphics card could enhance the VR gaming, Wccftech reported.

The original Surface Pro was introduced in February 2013 but the current Surface Pro 4 was revealed in October 2015, according to Trusted Reviews. It will make sense that Microsoft might not bring the hybrid device into topic this year but in early 2017 instead. 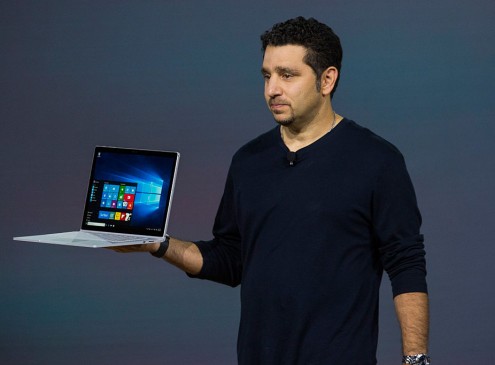