"American Horror Story" Season 6 is now following a reality show titled "Return To Roanoke: Three Days In Hell." "AHS" Season 6 episode 6 started off with the behind the scenes of making the new reality show. The new show includes the re-enactors and the real characters portrayed by the actors.

Since "My Roanoke Nightmare" gained commercial success with 23 million viewers, the producer Sidney (Cheyenne Jackson) pitched a new idea "Return to Roanoke: Three Days in Hell." This reality show is set in the Roanoke house, and the re-enactors and the real world counterparts brought together.

The real Shelby Miller (Lily Rabe) was reluctant to join another installment, but Sidney convinced her that this could be another chance to reconnect with her estranged husband Matt Miller (André Holland).

Meanwhile, The re-enactor who portrayed the role of Tomasyn White or known as "The Butcher," Agnes Mary Winstead (Kathy Bates) turned out she has mental issues. In order to prevent any harm during the shoot, Sidney warned her.

Before the real show started, there were strange things happening in the house while the crew prepared, including the mysterious death of one of the staff and the mysterious disappearance of Diana Cross (Shannon Lucio).

During the first day, the re-enactors begun to experience the horror within the house. The re-enactors, who portrayed the role of Edward Philippe Mott, Rory (Evan Peters), died after the ghosts of the two nurses stabbed him.

Although "AHS" Season 6 is still airing, many fans are looking forward to "AHS" Season 7. In a previous report, the TV series creator Ryan Murphy revealed a few details about the "AHS" future. According to the creator, "Americal Horror Story" Season 7 will be different as it will not be covered by a lot of mysteries just like Season 6.

"We're going to announce [the premise] in the spring. We're not doing a secrecy thing, but [next season] does have a big hook behind it," TV Line quoted Murphy as saying.

Check out the sneek peak below. 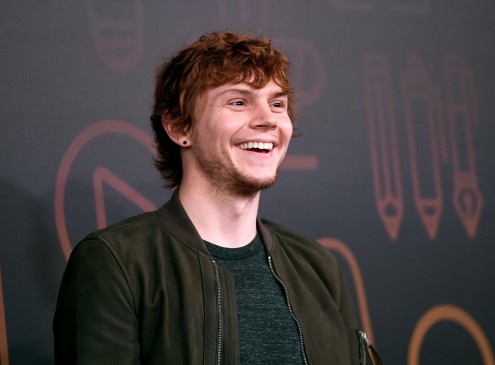