Men with smaller testes are more likely to make a good parent and take greater interest in child care like changing nappies, feeding and bathing, according to a new study conducted by anthropologists at Emory University. The Proceedings of the National Academy of Sciences (PNAS) published the results of the study on Sept. 9.

The study found that lower levels of testosterone are linked to greater paternal involvement, whereas higher levels might lead to separation and polygamy.

"Our data suggest that the biology of human males reflects a trade-off between mating and parenting effort," said Emory anthropologist James Rilling, whose lab conducted the research.

Anthropologists conducted the study to test an evolutionary hypothesis that states that people and animals are either built to mate or make a good parent. The findings support this theory that human beings have a restricted amount of energy for reproductive activities - so they either allocate their energy into producing children or into raising them.

"If you invest more energy in parenting you have less available for mating and vice versa,'' said Rilling. "Other people have looked at testosterone and parental behavior but as far as we know we are the first to look at testes size and parental behavior and we think we are getting at something different. "We are suggesting that men with larger testes are more built for a mating effort strategy and as a consequence are less built for investing in children.''

The anthropologists arrived at the conclusion after studying 70 American men, aged 21-55, who belonged to various ethnic backgrounds - five Asian, 15 African-American and the rest of them were Caucasian. All of them had a child aged one to two and were living with their biological mothers. Most of them were married.

Researchers used functional MRI scans to analyze brain activity as they viewed photos of their own and stranger's children with happy, sad and neutral expressions. In order to find out about their participation in every day parenting activities with their young children, they asked both men and their partners to separately answer a set of questions. The volume of the testes was measured in a voluntary structural MRI scan.

They found that the larger the volume of their testes, the lesser were the men involved in daily parenting activities like changing diapers or staying home to care for their sick child. On the other hand, men with smaller testes revealed more nurturing activity in the brain when shown pictures of their own children, plus, they were more involved in their children's upbringing.

"The men with smaller testes were activating this brain region to a greater extent when looking at photos of their own child," said Jennifer Mascaro, who led the study as a post-doctoral fellow in the Rilling lab.

"I wouldn't want to say that men with large testes are always bad fathers but our data show a tendency for them to be less involved in things like changing diapers, bathing children, preparing meals, taking them to the doctor and things like that,'' said Rilling. 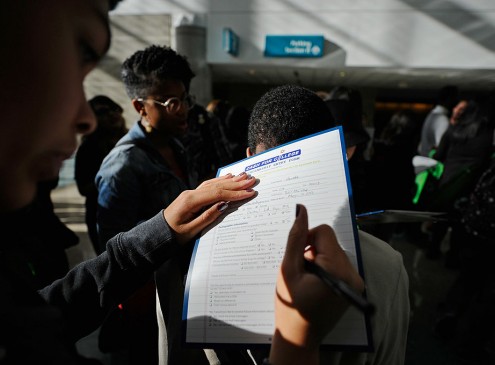