'Deadpool 2' News & Update: Sequel of 'Deadpool' Set To Be Released in 2018: Deadpool Kills Other Superheroes? [VIDEO]

The second installment of "Deadpool" is just around the corner and Ryan Reynolds is about to do the thing he does best. Regardless if being different and crazy is something that should be celebrated.

"Deadpool" needs to narrate a story that is so awesome that it will make the previous one look stupid.The story of "Deadpool" is famous for its extreme storyline and in line with this, is there a possibility for its sequel to adapt the original comic book story- Deadpool killing all other Marvel Universe heroes?

Well it might be too much for a superhero movie, but provided that Ryan Reynolds' character is a little bit off the line and the voices in his head can make him do things that aren't supposed to be done, this kind of storyline is a little bit possible, according to Cinema Blend.

Rumors are spreading regarding other Marvel characters to be showcased together under a single film, which is in fact planned between Fox and Marvel to synthesize both universes. Moreover, Marvel and Sony closed a deal to get together the character of Spiderman in the Marvel Cinematic Universe so it is possible for Marvel to get X-Men, Fantastic Four and Deadpool integrates with their famous characters such as Thor, Captain America among others.

If this story is proven to be true, Deadpool killing some other superhero sourced out from the original comic story could also be a possibility. The events on the original comic story could get so weird that it might be disturbing other audiences. Moreover, in the limited edition of the comics, Deadpool actually kills the whole Marvel universe and planned to kill even its writers.

The movie is under the direction of the Tim Miller and his creative team, alongside with Rhett Reese and Paul Wernick working for the sequel. 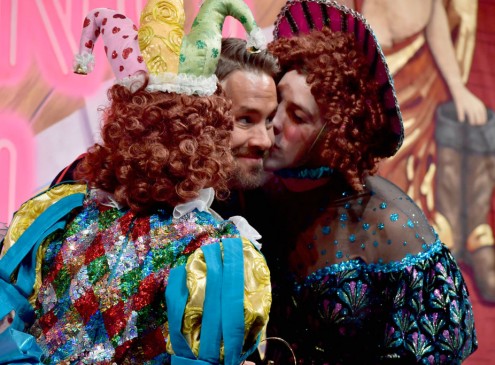