Regardless if the famous and chart-topping TV series such as "Game of Thrones" and "The Walking Dead" still rocks TV screens up until now, there is always a space for fresh entertainment genre that will surely dominate your TV screens. The triumph of "Stranger Things" by Netflix is a proof of that claim.

Fall TV is about to make its full swing since the month of September is fast approaching and there are a lot of brand new shows that can turn into the next big thing for fantasy, sci-fi, romantic comedy or horror TV series according to The Wall Street Journal.

A futuristic theme park is now open to turn against the guests as their main attraction using scary humanlike robots. A deep rooted anthology franchise from Britain is taking its dystopian visualizations to Uncle Sam while another Marvel hero steals a moment in the spotlight. The creators of "Supernatural" and "The Shield" is looking forward to transport back the archaic, all-encompassing time-travelling narratives. Horror stories transforms into an advanced anthology series.

One example is the long-gestating and determined series called "Westworld" created by Jonathan Nolan of "Person of Interest" together with Lisa Joy of "Born Notice". Ars Technica reported that the series magnified the classic "Jurassic Park" written in 1973 by Michael Crichton which tackled about a futuristic old west theme park where the attractions that are present, especially robots murder people. Nolan and Joy have expanded the story by having more scenes of sex, vehemence and terror. The cast is composed of pioneers in acting: Thandie Newton, Jeffrey Wright, Anthony Hopkins, Ed Harris and Evan Rachel Wood.

Another is "Luke Cage" which is the latest action superhero spectacle from the streaming giant that contains a very durable connection to the Marvel's emergent TV world that comprises "Jessica Jones", "Iron Fist", "Defenders" and "Daredevil". Yet, Cheo Hodari Coker who is the showrunner of "Southland" and "Ray Donovan" is saying that he has provided enough freedom to make the lead actor of "Luke Cage" who is Mike Colter very individualist. He said that the film does not take you away from the Luke that everyone has met on 'Jessica Jones' but it's just that we are narrating a whole new story, he also added that he wanted to present in full context, the character of Luke in order for individuals that comes to Marvel for the first time will have an awesome first impression of Luke Cage.

Lastly, we have "Black Mirror" that focuses on the horrific effects of technology but managed to take this genre into a whole new level that reverberates with the moment. Back in 2011 and 2013, this series originally aired in the United Kingdom's Channel 4 in two three - episode seasons. And now it came back on Netflix with 12 more episodes. The first 6 shows will be available for viewing this fall. Charlie Brooker is the genius behind this, and he told us that the brand new episodes contains new actors every time and are standalone stories. Brooker is also stressing out that it is like they are talking about very different movies and his view to the whole world is as significant as the "Black Mirror". To conclude, he also said that panic is always an effective motivator.

Watch out for these new shows on this year's fall. We'll be coming back for more.

'A Man Called Ove' Review: A touching Story of an Old Man 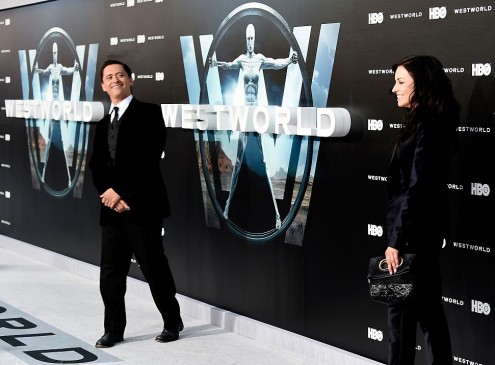 ‘Westworld' IRL: Love Robots Coming As Early As Next Year