After a successful hit of "Stranger Things" Season 1, finally this TV series was renewed for Season 2. Executive producer Dan Cohen promised that the episodes of the new season will be "bigger and badder and darker."

Cohen was interviewed by Yahoo, and he was asked a few questions about the renewal. During the interview, he told the publication that "Stranger Things" Season 2 will have more new characters, storylines and mythologies have been expanded. The EP added that they want Season 2 to be "bigger and badder and darker."

In a recent report, "Stranger Things" sequel will be longer as it contains nine episodes.

Behind the successful hit of "Stranger Things" could the nostalgia. Every part of the show is a reference to 80's pop culture.

A new report suggests that a real life conspiracy inspired the creators to create a concept for "Stranger Things."

Originally, The Duffer brothers (twin brothers, Matt Duffer and Ross Duffer) sold the "Stranger Things" to Netflix under the title "Montauk," Nerdist reported. The Duffers have been inspired by Preston B. Nichols' "Montauk" trilogy novels, or the "The Montauk Project: Experiments," and this is one of the elements why they were able to complete the concept of this series.

Nichols claimed that his "Montauk" trilogy was based on his experiences at Camp Hero. "The Montauk Project: Experiments" is a science-fiction book, and the story details supposed time travel experiments at the Montauk Air Force Base.

During the cold war, there was a secret military base that conducts sinister experiments-Camp Hero. It is located in the small town in Long Island called Montauk.

As mentioned earlier, "Montauk" was the original title and location of "Stranger Things," when Duffer bros. sold the concept to Netflix. Since it is inspired by Nichols' novel, the Hawkins lab concept is based on the conspiracy theory of Camp Hero.

"Stranger Things" Season 2 will be premiered in 2017. As of now, there is no announcement about the exact aidate. 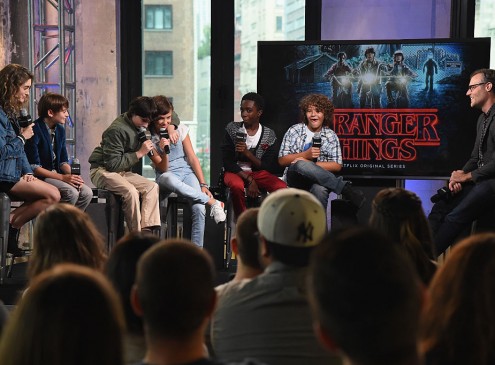