Lenovo's Yoga Book is suggested to see a fierce competition with Apple's 2016 Macbook Air. Here is a rundown of the display, hardware, software and unique features of both devices.

Lenovo's Yoga Book sports a 10.1-inch IPS touchscreen display and a full HD resolution with 1920x1200p, Gizmodo reported. Its challenger, the rumored 2016 Macbook Air is expected to carry a Retina display with a 13.3-inch screen and a 1440x900p resolution.

In terms of hardware, the purported 2016 MacBook Air is suggested to come with Fusion Drive hybrid support which will make it superior to Lenovo's Yoga Book. Lenovo's 2-in-1 laptop is only expected to carry a 64GB storage capacity expandable with a microSD card.

The 2016 MacBook Air is also suggested to sport a USB Type-C port while Lenovo's Yoga Book will only come with a microUSB port, headphone jack and a mini-HDMI, reportedly. Apple's gadget is speculated to integrate Intel's Skylake i5 CPU which is higher than the Intel X5 processor in Lenovo's laptop, MacWorld reported. Both devices, however, run in 4GB of RAM.

For the softwares of both devices, 2016 MacBook Air is set to equip the  macOS Sierra while Lenovo's Yoga Book will be offered in two OS options. Users could reportedly choose between Windows 10 or Android Marshmallow as their OS for Lenovo's laptop.

Lenovo's Yoga Book reportedly stepped into the future of touch keyboards through its newest touch keyboard technology dubbed as Halo keyboard. The said keyboard is laid flat unlike the regular keyboards and it is LED-backlit with blank surface slate in matte finish. The 2016 Macbook Air, on the other hand, is also believed to feature the same keyboard surface that looks like a tablet

Lenovo's Yoga Book keyboard slate can also be used as a drawing or writing surface for the stylus, reportedly. It is important to note, however, that if the user used the pen on a normal paper, the contents will automatically be transferred to the device. No information has been released as to whether the 2016 Macbook Air will carry the same feature. Watch how Lenovo's Yoga Book reinvented the tablet in this video. 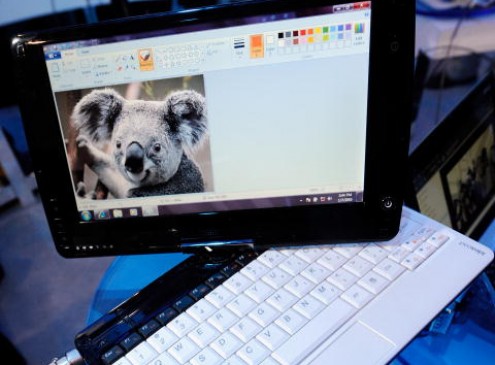