The researchers found that houses in richer neighborhoods have more variants of insects.

A study by The California Academy of Sciences contradicts the perceptions that poorer homes have more bugs. The phenomenon of this 'luxury effect' seems to become a surprising finding that wealthy neighborhoods could be more biologically diverse.

It is estimated that Americans spend 90 percent of their time indoors and so far the studies about environment tend to focus on wildlife outside the homes. The finding shows how wildlife can be found inside the house.

Scientists took samples of all living and dead insects

The team took samples from 50 homes within 65 km radius of central Raleigh neighborhood and collected specimens found in each home.

Researchers found arthropods like spiders and insects in rich homes. The amount is surprisingly higher than in less-wealthy neighborhoods. One of the researchers, Misha Leong, said that her team did take samples from each room but not counting the total number of bugs, they count the number of species - which is why their study describes it as 'arthropod diversity'.

The results were then measured using various variables including socioeconomic, biological and geophysical conditions that might cause the diversity.

Researchers collected up to 61 types of arthropod species and most of them live indoors. The amount increases in homes whose owners have higher income. According to the study, this is due to the wide range of landscaping choices in the urban ecology.

The finding however, gives home owners the assurance that most of the bugs are harmless, Daily Mail reported. This new finding highlights how much researchers still have to learn about the urban ecology.

It seems that rich people might have more roommates than they think.

This scientific study is published in Biology Letters.

McDonald's McNugget Worldwide will be 'More Chicken' and 'Less Artificial'; A Healthier ... 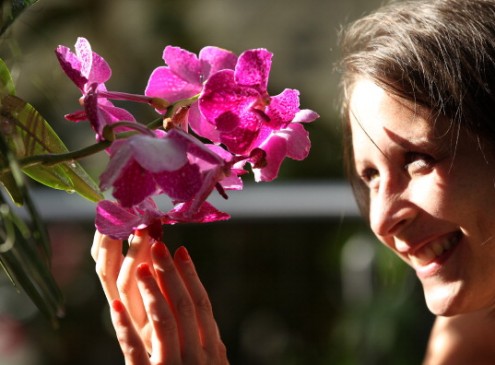