With everyone excited for the official release of "Overwatch," Blizzard went ahead and released a new animated short. "Hero" showcases the character Soldier 76, his origin trailer paints him out to be a good guy even though he told the little niña in the short that he's not anymore. Many fans were expecting the last "Overwatch" short to be for the rumored character Sombra, but it seems Soldier 76 may be a prelude for her.

Given the chaos leftover of the war-torn dystopian Earth, thugs roam the city. "Overwatch" members were once regarded highly for being peacekeepers until the people turned against them for issues of corruption, high crime rates and sedition stained their reputation. In the "Hero" short, Alejandra was tasked to run an errand for her mother when she came by a group of thugs who were assaulting a robot. They forced Alejandra to join in the fun but refused. Miffed by this, one of the thugs stole her spending money and ran away with it.

As the thugs were assigned to another place, Soldier 76 makes an appearance to do his the duties of "Overwatch" by taking care of lawbreakers. A thrilling fight ensues but when Alejandra faced the threat of an exploding bomb, Soldier 76 was left with a choice to go after the runaway thugs or save the little girl.

Soldier 76 is apparently a well-known character among "Overwatch" players as he is one of the most played characters during the open beta on PS4, Xbox One and PC, CNET reports.

Fans of "Overwatch" are convinced that Blizzard is set to uncover a new hero during the launching of the game. Their theory states that the 22nd hero's name is Sombra and that she's a support sniper, Forbes shared. A highly detailed clue about Sombra being a surprise character was brought to light in a NeoGAF thread. Rumors of Sombra's existence can allegedly be found in newspapers, files, maps and even dialog lines. They said that the teaser picture for the "Hero" short also has Sombra's image in it.

Could "Overwatch" be Blizzard's newest series that could take place of their highly popular "StarCraft" franchise? What do you think of Sombra being connected to Soldier 76? Let us know in the comments below. 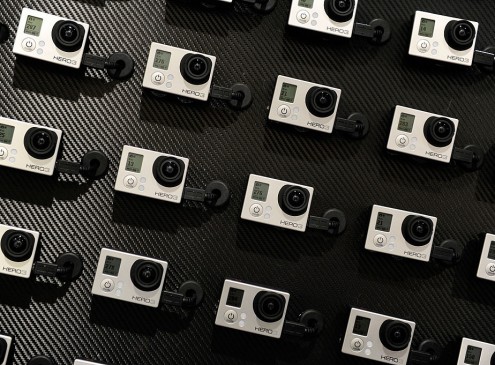