Beyonce released a new album, Lemonade, on Saturday night. The 60-minute visual album was premiered on HBO on April 23.

There are many contexts to the masterpiece despite her emotional experience and artistic features she created with other artists. It does make popular reaction and critical analysis. Unwrapping the album, here's what you need to know.

In the teaser, Beyonce claimed that the album is about the past and the present merging into one. An article in The Guardian stated that Lemonade is Beyonce's emotional experience where anger and redemption blend into one. She represents the black woman image in the most inspiring way. The album itself expresses pain and healing - the resemblance of woman empowerment.

Directed by seven people including Beyonce, the visual album gets more political, as per Hollywood Reporter. The speech and the storyline incorporates Voodos and utopian imagery as if it's fairytale. Aside from the experimental elements, the documentary tells a black woman's awakening that gets her to where she is today. Surviving the isolation and managed to get her strength back, uniting with black women.

According to the LA Times, the album is considered as a fierce masterpiece, Beyonce worked with six directors including director Khalil Joseph, who was also the man who filmed a glimpse of Kendrick Lamar's visual life in "m.A.A.d.". Also, 30-year-old Melina Matsoukas who directed Beyonce's Green Light in 2007; and Dikayl Rimmasch who has been working with Jay Z and Ralph Lauren.

The poetry from Warsan Shire

Beyonce features a poem from 28-year-old Warsan Shire in the Lemonade. The spoken words were written by the Somali-British poet as her way to express herself as an immigrant. The Pop Sugar digged deeper on the poet's background saying that she 'does not quite fit in'. It goes perfectly with Beyonce's effort to incorporate black women works including in her previous track Flawless where she quotes Nigerian writer Chimanda Ngozi Adiche on feminism.

'Game of Thrones' Co-Creators to Receive Honorary Degrees in Belfast University Despite ... 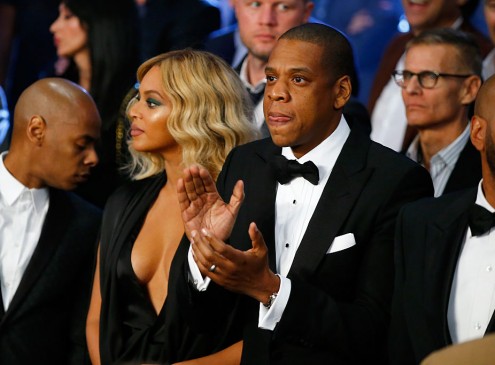