Residing near foreclosed properties might elevate one's blood pressure level, according to a study by the Harvard and National Institutes of Health.

Researchers said that neighbourhood environment is vital for a person's cardiovascular health including the blood pressure level.

For the study, researchers analysed data of 1,740 participants (mostly white, 53 percent women) from 1987-2008 in the Framingham (Massachusetts) Offspring Cohort, which is part of the Framingham Heart Study.

The researchers found that when a property is foreclosed within 100 meters (328 feet) of the participant's home, an average elevation of 1.71 mm Hg in systolic blood pressure was observed. Foreclosed properties, which remain vacant for a long time, affected the neighbors more when compared to those that were occupied sooner, Realty Today reports.

"The increases in blood pressure observed, could be due to unhealthy stress from residents' perception that their own properties are less valuable, their streets less attractive or safe and their neighborhoods less stable," said Mariana Arcaya, Sc.D., M.C.P., study lead author and Yerby Postdoctoral Research Fellow at the Harvard Center for Population and Development Studies in Cambridge, Mass., in a press release. "Safety could also be a concern."

"Healthcare providers, particularly those serving neighbourhoods and still recovering from the recent housing crisis, should be aware of foreclosure activity as a possible source of unhealthy stress to residents."

Arcaya said that since the study majorly focused on white, middle-class, suburban neighborhoods with single-family homes, research on different populations in urban and rural locations will be required.

According to Centers for Disease Control and Prevention, about 67 million American adults suffer from high blood pressure. Risk factors contributing to the medical condition include genetics, age, poor nutritional levels, body weight, alcohol consumption and stress among others.

A recent Florida State University study found that watermelons help in effectively lowering blood pressure in obese individuals - both at rest and under stress. 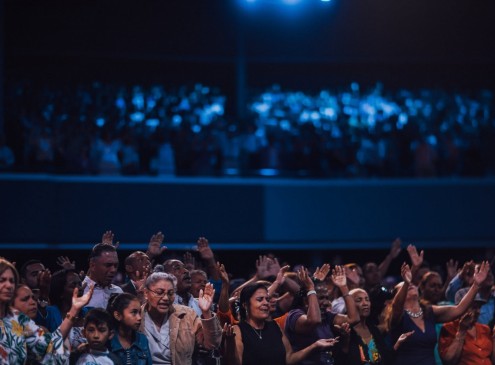 Frequency of Worship, not Location, Matters More When it Comes to Being Good Neighbors