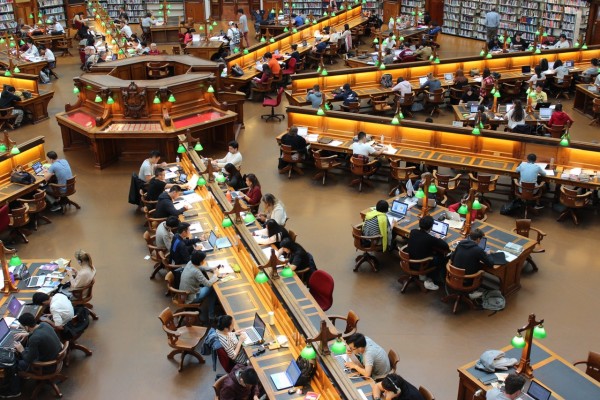 The first scientists settled in London's Francis Crick Institute in 2016, a biomedical research facility that cost about $837 million in construction. It took years to plan and was praised as a true science temple - with vaulted ceilings, high windows of glass and a vast central atrium. Yet only a year after the grand opening of the building, it became obvious that a problem existed.

In the 'collaborative' open-floor plan, the boisterous laughter of colleagues celebrating their PhDs mingled with the sound of hundreds of scientists debating their projects earnestly. This created an environment where they could barely think, let alone concentrate on the next Nobel-Prize-winning discovery, complained some inhabitants.

Unfortunately, the building fell short in the face of some scientific truths for all its high purposes - because, for some, listening to chitchat from other people can be about as enraging as watching a friend constantly tap their pen on your forehead.

The open-plan office has conspired with several other timely creations since its invention in 1904 to make the modern workplace an audible nightmare: mobile phones with loud ringtones, gum chewing, running printers and photocopiers, crisps carefully crafted with a satisfactory 70-decibel crunch.

How people should tolerate is an extraordinary amount of variation. Workers may actively enjoy a noisy workplace at one end of the scale.

It is also extremely common to work with music in the background. A survey of nearly 300 office staff in the UK in 2011 found that they spent about a quarter of their working week listening to different genres on average.

Some people said they thought music helped them concentrate. Others liked it for the exact opposite reason - that while they were working, it provided a welcome distraction. In an attempt to improve the productivity of their workers, some businesses also circumvent individual preferences entirely and broadcast music across entire offices.

Someone with such an intense aversion to noise is at the other end of the spectrum that it counts as a disease. Misophonia is a rare, recently discovered condition that can cause extreme anxiety, frustration, or panic in certain everyday sounds.

The offending sounds vary from those we can all sensitively relate to, such as whistling inappropriately enthusiastic co-workers or when people say "ahh" while drinking to slightly, confused, less rational claims, such as swallowing or breathing.

Scientists from the University of London decided to find out back in 2011. The researchers asked 118 high school female students to complete a questionnaire showing how extroverted or introverted each was.

Next, the students were exposed to a series of mental tests and then they were asked to complete them while listening to British garage music and classroom noise to add extra pressure. The experiment was performed by a control group in secret.

All the students performed better in silence, as the researchers suspected. But they also found that the extroverts were less disturbed by the noise in general.

Nonetheless, while your personality and your brain's circuitry may have an effect, it mostly seems to affect the degree to which noise disturbs you. Most studies have found that everyone is better at completing complex tasks in total silence.