How To Stay Mentally Healthy During A Long Space Mission 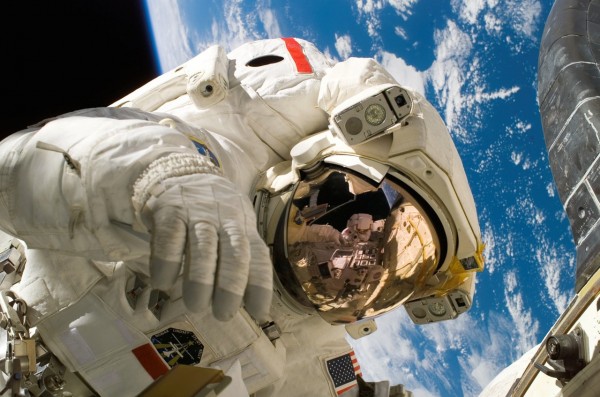 Since humans become more serious about going to Mars, one of the greatest threats to long space missions could come from the crew members' psychological state.

Researchers are looking to test how mental health will respond to long-haul space voyages by training crew members in Antarctica. It's a good analogy for several reasons. Antarctica is also dark, with the South Pole experiencing several months of nighttime during winter. Then there's the isolation. Crew members are physically and socially isolated. Depending on a specific location, evacuation over winter might be impossible. They will live in closed quarters interacting with the same few people round-the-clock.

Polar explorers and others have reported that the Skylab mutiny could be a good example of the "third quarter phenomenon." It happens when people know that they have spent as much as they have gone through in their unfortunate circumstances and lose motivation. Although not everyone believes that it occurs, the phenomenon seems to happen in different situations same as a simulated space voyage.

It's something that Gro Mjeldheim Sandal, a professor of psychosocial science at the University of Bergen in Norway, expected to find while observing the behavior of 27 people at Concordia Station in Antarctica. She discovered that rather than being upset halfway through their stay, they went into some kind of "psychological hibernation" where they became psychologically flat and withdrawn.

Sandal says this hibernation could be a good thing in some respects, allowing members of the crew to save resources and make it through their isolation without burning out. Yet psychological hibernation could also come with risks despite the potential positive ones, particularly if something similar were to occur on a month-long journey to Mars.

She added that people planning such space missions are indeed well aware of the risks that boredom and monotony might bring and there is a need to actively find ways to counteract them, for example through entertainment or physical activities for crew members.

Sleep also plays a key role in how astronauts respond to a Mars mission's mental demands. But it is tricky to get a good night's sleep when there is no natural day-night cycle. On Earth, our sleep-wake cycle or Circadian Rhythm is regulated by how tired we are.

Joanne Bower, a sleep researcher at De Montfort University in Leicester in the UK, explains that astronauts will not be able to synchronize their sleep-wake cycles with that light cue.

It's something that was already seen in Earth's virtual Mars missions. Four out of six crew members suffered from sleep disorders on the 17-month Mars-500 analog mission that ended in 2011. One crew member was deprived of adequate sleep, and another eventually ended up completely out of sync with the rest of the group on a sleep schedule.

Bower, whose main research focuses on how Earth's sleep and emotions connect, says that when people sleep well, they also tend to react differently to the environment. She further explains that protecting your sleep well-being is important to be healthy and happy both on Earth and in space.

Bower and her team also developed a 23-item space traveler mental health checklist. They tested it over the winter on people working in Antarctica. Researchers found that concentrating on positive emotions might be the key to understanding the psychological characteristics that will assist someone on a long space journey.

Bower reported that the people who have done well were the ones doing more things like holding on to the positive, savoring good things. They tended to focus much less on the negatives, so they wouldn't turn things over and try to fix it in their minds.

"It's not so much about them being able to feedback to a psychologist on Earth, but also about being able to be self-aware," says Bower. Besides being able to withstand boredom, if crew members tend to introversion, it could help. She added that there would be a need for more introverted crew members on all flights and the most important psychological qualification is beyond emotional stability.

Jay Buckey, a professor of medicine at Dartmouth College in New Hampshire and a former astronaut who flew on NASA's Space Shuttle flight STS-90 in 1998, agrees that the psychological aspect is very critical to deal with because the missions can be truly amazing if it is done correctly. He also explained that if it goes wrong, the mission could be put into a sad end.

RELATED: NASA To Launch A 'Constellation' Of Student-Built CubeSat's To Space