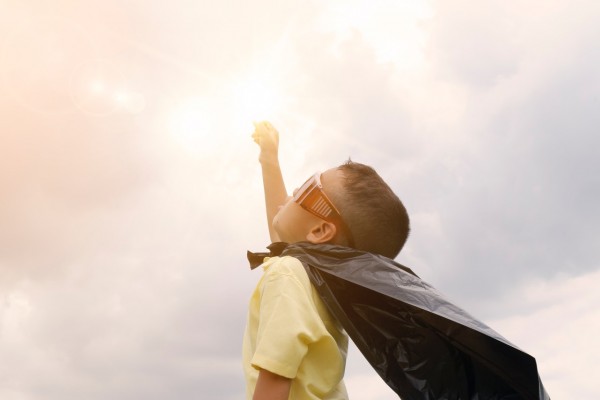 In a closely watched case of child custody in Dallas, Texas, Judge Kim Cooks set aside Monday's unfavorable jury verdict against the father. The Dallas judge rejected Jeffrey Younger's request for the sole custody of twin sons Jude and James. Younger filed the petition after the mother of the twins urges James (one of the boys) to undergo hormone-replacement therapy.

The court ruled on Thursday that Jeffrey Younger now has fair joint conservatorship with the mother, Dr. Anne Georgulas. Nevertheless, the mother is no longer free to manipulate her 7-year-old boy into a gender transition. Both parents will instead equally share with the twin boys in medical and psychological decision-making among other concerns.

In addition, the judge also changed the terms of custody to allow Younger an equal amount of time with his children, which was severely restricted before the ruling.

This week has been extremely tumultuous for the Younger twins. There was significant public outrage and media attention across the world. Texas Republican Governor Greg Abbott announced that state child protection authorities would investigate.

Texas Senator Ted Cruz urged Texas legislators to act to prevent infant surgery and hormones from posing as their opposite sex. "Six-year-old James is caught in a gender identity nightmare under his mom's care in Dallas, Texas. James obediently lives as a 'trans' girl named 'Luna' but given the choice when he's with his dad, he's all boy-his sex from conception."

The mother, Dr. Anne Georgulas, charged the father with child abuse in their divorce proceedings for not affirming James as a transgender. She's been seeking restraining orders against him and seeking to end his parental rights. She also seeks to require him to pay a transgender-affirming therapist and transgender medical alterations for the child's visits, which may include hormonal sterilization.

All the proof points that the boy who has no clear desire for being a female. Younger said at the trial that he was portrayed as insecure and in need of psychotherapy for several years because he doesn't accept that his young son wants to be a girl. But many experts agree that it is detrimental for young children to be manipulated and transitioned in terms of gender.

Younger's expert witnesses at the trial pointed to these risks and presented evidence to support them. Dr. Stephen Levine, a psychiatrist renowned for his human sexuality work, testified that social transition - treating them as the opposite sex - increases a child's chance of remaining dysphoric in gender.

Dr. Paul W. Hruz, a pediatric endocrinologist and professor of pediatrics and cellular biology at the Washington University School of Medicine in Saint Louis, also argued that the social change risks were so high that "treatment" could not be prescribed.

Most people hope that his father will be able to succeed by having joint decision-making authority for James ' medical and psychological treatment, so that James will be spared further social transition and find happiness in being a child at school and at home.

Through this court, he will be saved from the improper use of powerful drugs in his normal puberty cycle, and will retain his right to father his own children someday.