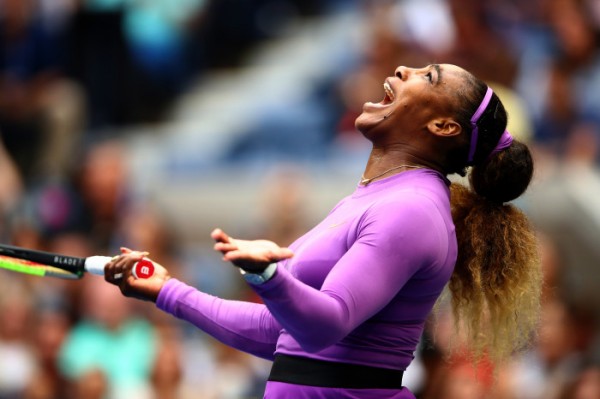 Serena Williams appeared at the Forbes' 30 Under 30 Summit on Monday. She made it clear that she wasn't thinking about retiring even when she has not won a major title since the 2017 Australian Open.

She posted to her Instagram account her appearance in the summit with a caption: "Proud to have been able to work with @allstatefdn to raise awareness around financial abuse while at #Under30Summit yesterday. As we close out National Domestic Violence Awareness Month, this is a reminder that together we can end this."

Williams failed to win another Grand Slam to add to her enormously fantastic record. Her pursuit to make a new tennis history was stalled for the last two years when that happened. "I feel like I love what I do and I feel like when I'm out there I'm the best at what I do," Williams expressed before an energetic audience. She added that the time she wakes up and doesn't feel like she's the best on the court, she will then start thinking about stepping away from the sports she has loved for many years.

The 38-year-old tennis superstar credited new technology in helping her stay in shape. She is also regularly working on her fitness and trains a lot to maintain her stamina on the court. She shared that this technology that she has been using is helping not only her, but all athletes from any sport event play into their 40s now. According to her, this would have been impossible years ago, without the technology she now enjoys.

"I'm part of a new generation that was really fortunate to work with better technology, equipment and shoes," Williams said. "And, even knowing how to take care of your body, so your body, even though it's at a certain age, it actually feels like it's much younger," she added.

Williams, whose list of investments included Poshmark and Bumble, also gave some eager entrepreneurs, in the packed summit at the Masonic Temple in Detroit, some advice about failures, hard work and success. According to Williams, everyone says they want to win Grand Slams, but she stressed that it's actually about putting the work in.

"Everyone says it, but they don't put the work in. I wasn't the best player. I wasn't the most talented, by far not the tallest," she said. She also tells everyone that nobody needs to be the smartest, the richest, or the luckiest in the industry. "You have to have the attitude that you're going to be the hardest worker," she added.

Williams said she's training daily in preparation for the 2020 Australian Open which will commence on January 20.

Like what she said in the event "Say to yourself: 'I'm not going to let anything stop me. I'm not going to give up'," the tennis legend is not ready to permanently leave the court just yet.

Serena Williams is still undefeated in terms of prize money, earning a whopping US$92,543,816 in total. She is still the Women's Tennis Association (WTA) number 1 in all-time rankings.