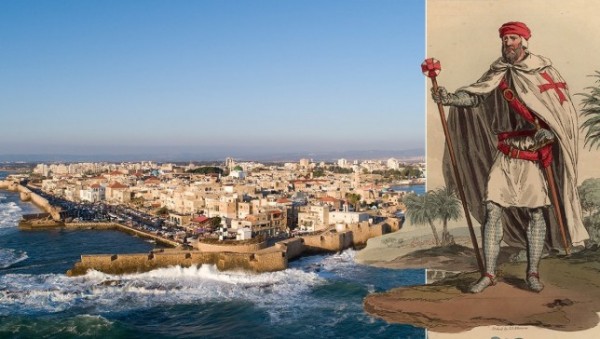 (Photo : Getty Images)
The City of Acre and The Knights Templar

The Knights Templar's secret chambers of 'hidden treasures' may have finally been discovered, so says a documentary by the National Geographic team.

Archaeologists, who are excavating at the coastal city of Acre in Israel, have discovered a network of underground tunnels believed to have belonged to the famed Catholic warrior monks known to many as The Knights Templar. The hidden tunnels are the main feature of a new documentary produced by Dr. Albert Lin of the National Geographic team.

Dr. Lin and his team of archaeologists used cutting-edge technology to unearth and investigate one of the most important Templar sites and tunnels beneath Acre. They were set to see if there's anything new we can learn from one of the last known headquarters of the Catholic Order. They also set up a device known as the Light Detection and Ranging (LiDAR), which allowed them to capture images of what remained buried underground without digging.

The Knights Templar was one of the most controversial military orders in history. The Templars' rise to power and their eventual downfall is popularly discussed in many studies, legends, and conspiracy theories. Their influence on religion and history still remains astonishing up to the present day.

During the 11th, 12th, and 13th century, the Knights Templar were famed for having fought crusades on behalf of the Catholic Church to reclaim the Holy Land from the Muslims. Scholars believe that they may have built and used these tunnels to move gold around during the crusades. Ever since the demise of the group in the 1300s, speculations have spread and encouraged treasure hunters to search for 'mythical' gold that they may have left behind.

Today, the archaeological study is set in the city of Acre, a port in modern-day Israel. This was believed to be the center of operations of the fabled knights for over 100 years. They knights moved to Acre after their headquarters in Jerusalem were lost to Saladin, the first Sultan of Egypt who conquered the Holy City in 1187.

The headquarters at the city of Acre was again lost in 1291 and the Templars moved to Limassol City on the island of Cyprus. Within just a decade, they lost complete foothold of the Holy Land and the entire region. The support for the military order began to fade and the knights' forces were weakened.

Rumors spread about the knights' dying public trust and without the support of France's King Philip IV, the order's members eventually got arrested and tortured. The Knights Templar was officially disbanded in 1312 under the orders of Pope Clement V.

Recently, the National Geographic team found sprawling tunnels underneath the city, equipped with what appears to be a guardhouse and a treasure tower. What remains of the tower, however, is buried beneath huge rocks and dirt. Nevertheless, there is no plan to excavate as there was no definite confirmation of the existence of the Templars' treasure.

Dr. Lin, however, narrated in the documentary that he is "in Israel in search of the Knights Templar." He added, "These warrior monks are the stuff of legend, and so is their gold. During the Crusades, the Knights Templar battle for God, gold, and glory." The team is still hoping though that somewhere in the modern city of Acre lies the command center of the order... and possibly their fabled treasures.