McGregor Announces Return to UFC, Calls for a Rematch with Nurmagomedov 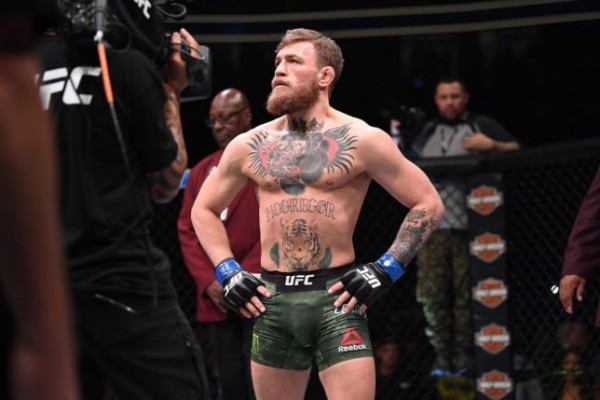 "The Notorious" Conor McGregor vows to return to the octagon more focused than ever.

At a press conference in Ukraine last week, McGregor announced that his comeback fight will be on January 18, 2020 at the T-Mobile Arena, Las Vegas. McGregor was banned for six months following his ringside brawl with Khabib Nurmagomedov, Russian fighter and current UFC lightweight champion.

He chose not to reveal who his opponent will be at this time since he believes that the UFC will "flip" with the news once he lets it out. Instead, he teased the audience with possibilities, including the possibility of a fight with the winner of the BFP title bout between Nate Diaz and Jorje Masvidal on November 2.

He also expressed his strong desire for a rematch with the current UFC lightweight champion, who will be going up against Tony Ferguson next year, in Moscow.

View this post on Instagram
Compound work. Building the necessary strength for the future! @mcgregorfast @reebok A post shared by  Conor McGregor Official (@thenotoriousmma) on Oct 27, 2019 at 3:07am PDT

The McGregor and Nurmagomedov feud goes back from April of last year where McGregor and some of his teammates assaulted a bus carrying Nurmagomedov at Barclays Center in Brooklyn, New York. The attack, which resulted in several injuries and a significant amount of property damage, led to McGregor's arrest.

He pleaded guilty to disorderly conduct at the trial. Since the incident until the months leading up to their fight in October, McGregor has reportedly hurled racist verbal abuse at Nurmagomedov, blatantly targeting his Muslim background and his Dagestani roots.

When they finally locked horns in October, Nurmagomedov beat McGregor into submission in the fourth round. Their heated rivalry led to a brawl involving both their teams right after the fight, resulting in suspensions.

McGregor announced that he wants the rematch with Nurmagomedov to take place in Russia. He stated that the Russian people deserve this "inevitable rematch to take place in Moscow." He further pledged to be "sharp and fresh" for their fight and that he will take no alcohol or outside influences. However, he added that he believes Nurmagomedov to be a "pullout" hence he will not be waiting around for a decision.

UFC president Dana White has not made any promises on the matter. He says that they are targeting January 18 for Conor's return to UFC, but "no deals are even close to being signed."

View this post on Instagram
Compound work. Building the necessary strength for the future! @mcgregorfast @reebok A post shared by  Conor McGregor Official (@thenotoriousmma) on Oct 27, 2019 at 3:07am PDT

The Irishman's last win was back in 2016 in a fight versus Eddie Alvarez where he bagged the UFC lightweight title. It was this fight where he also became the first UFC fighter to have two concurrent championship belts. He delved into boxing in 2017 when he fought against and lost to Floyd Mayweather Jr. by virtue of a technical knock-out.