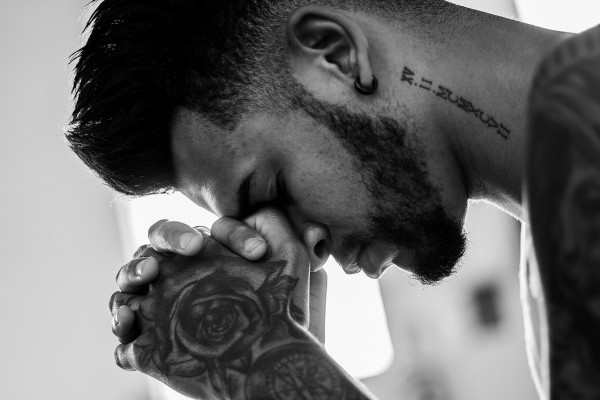 Not the god of thunder, but a servant of God!

Oskar Arngården is currently the most popular priest on Instagram. The 35-year old Swedish Lutheran priest recently went viral and now has over 151,000 Instagram followers. Apart from the inspiring Bible verses he captions his photos with, he also looks like Chris Hemworth's long lost brother.


The Thor lookalike goes by the Instagram handle @CrossFitPriest and posts workout videos as well as crowd-pleasing selfies in his clerical robe. His earlier posts are captioned in Swedish, but he has recently switched to English on account of the immense traffic his account caught last month.

Amazon's Emmy award-winning series "Fleabag" features a Catholic clergyman known as the "Hot Priest" played by Andrew Scott. Though not impossible, the odds of coming across a hot priest are quite unusual and often spark controversy. As a real life hot priest, Arngården simply does not want his good intentions to be lost in translation. He has tactfully advised his followers that he is not here to be anyone's eye candy.

In a post dated September 7, he stated that he felt uneasy about the sexual nature of some people's comments and has temporarily turned off commenting for his posts. "I have noticed in myself that I am not at all comfortable with the attention that has been pointed to me as a person," he says. "I started this account to get to talk about what's really important in my life; God! ... and also, hopefully maybe inspire to a healthy lifestyle."

Like an enlightened personal trainer, Oskar shares his workout routines for everyone to try. He stated on one of his posts that he sometimes gets questions about how he manages his time between training and religion. Ultimately, he feels that training gives him more time for religion.

"It gives me endurance and strength to study more and to give more in my work as a priest. I think it is a mistake to make them opponents. Instead let them complement and contribute to each other," he said.

Whether at the gym or at the pulpit, the strong priest is poised to inspire more people daily. He uses his Instagram as a platform to a sort of physical and spiritual guide for his flock, encouraging them to pursue their passions in life.

"We need to live passionately and sometimes let passions lead us to something new. We need to try and look beyond the horizon of what we can see and touch. If we don't, I believe we risk missing something really important in life."