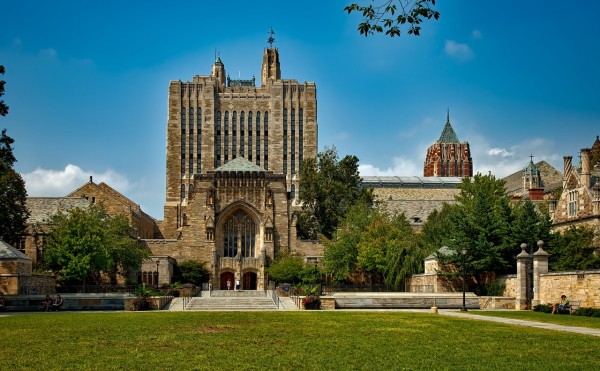 On September 12, the Act on a Dream student group at Harvard University organized a rally to protest for the abolishment of U.S. Immigration and Customs Enforcement (ICE), an event which Harvard University's student newspaper, The Crimson, covered.

The article published on September 13 entitled "Harvard Affiliates Rally for Abolish ICE Movement" later on received feedbacks from student protesters. The said student group believes that the university's publication made an inflicting action when it contacted the ICE to ask for a statement about the protest.

Act on a Dream stated in its online petition, which started a month after the publication of the article, the students' extreme disappointment for The Crimson's policy. The campus immigration advocacy group's online petition has garnered more than 650 signatures, urging The Crimson to stop communicating with ICE again for it may cause more harm to the undocumented individuals at the university.

The group released a statement about the student newspaper's cultural insensitivity and that the student-run publication must realize its responsibilities in prioritizing the safety of all the students being featured on the newspaper.

The Crimson's president Kristine E. Guillaume answered the group through an e-mailed statement, defending the publication's policy. She wrote, "The Crimson upholds 'fundamental journalistic values" that "obligate" it to allow individuals and institutions it reports on to have a chance to comment'."

As a result of the tension between the two parties, The Crimson recently held a meeting with "Act on a Dream" representatives to hear out concerns and to explain the publication's policy action. A week after the meeting, the protesting group issued a statement that it calls to change Crimson's policy. The Crimson then tried to reach out again but Act on a Dream declined the invitation.

The group tweeted on Saturday calling for individuals and organizations to decline any interview requests from The Crimson until the publication changes its policies. The Harvard College Democrats and Harvard-Radcliffe RAZA agreed and tweeted the same sentiments. Ten other campus organizations have also joined the petition. Seven of those organizations declined to issue a statement about the story.

We call on our peers and fellow student organizations to boycott @thecrimson and decline any interviews or requests for comment until they change their reckless policy that requires calling ICE in their reporting. — Act on a Dream (@actonadream) October 19, 2019

On the contrary, a few journalism organizations sympathized with The Crimson's decision to request comment from ICE. They said the action was consistent with widely accepted journalistic practices and did not put any protester in danger.

Society of Professional Journalists President Patricia Gallagher said she does not see, in this particular case, how an individual person could be harmed by a request for a "general comment." She also said it is "wholly appropriate" that The Crimson interviewed ICE. Gallagher added that the publication is "not calling ICE to call out an individual person who might be in our country without the documentation required by ICE."