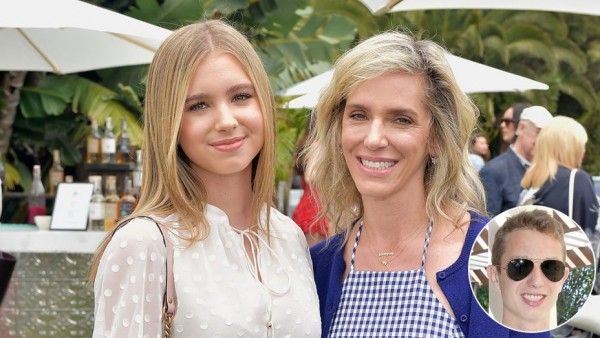 Jane Buckingham, 51, a California marketing executive and author was sentenced on Wednesday to three weeks in prison at Boston's Federal Court after pleading guilty in May to a single count of fraud and conspiracy. She violated the law by paying $50,000 to cheat on her son's college entrance exam. She is the 11th parent to be sentenced in a college admissions bribery scandal.

Buckingham is CEO of the Los Angeles marketing firm Trendera. She has authored several books, including "The Modern Girl's Guide to Life." She expressed in a letter of apology to the court that she is ashamed and has "absolutely no excuse."

She further confessed, "My family and my children have been lucky to have so many advantages those other families and children do not have. And yet I committed a crime so that my son could have another advantage, an unfair and illegal one. It was a terrible thing to do."

The Los Angeles resident admitted to giving the 50 grand to a fake charity operated by admissions consultant William "Rick" Singer. Singer then bribed a test proctor to take the ACT exam on behalf of Buckingham's son at a testing site in Houston back in 2018. Singer has also pleaded guilty to his involvement in the cheating scandal.

Authorities alleged Buckingham of giving her son a practice test at home. Her son was led to believe that he was taking the real test on his own. Her lawyers said the intention was to protect him from learning about the scheme.

The cheating landed her son with 35 out of 36 on the ACT, which placed him in the 99th percentile nationally. Prosecutors said Buckingham was aiming to get her son into the University of Southern California.

Prosecutors also said Buckingham was "more deeply engaged in the mechanics of the fraud than many of the other parents." They added that by having a proctor take the test on her son's behalf, she deprived him "of even the opportunity to get any of the answers right on his own." Consequently the prosecutors recommended six months of imprisonment and a $40,000 fine.

More than 50 people have been charged in the admissions cheating scandal. Most of them are wealthy and famous parents, including Hollywood actresses Lori Loughlin and Felicity Huffman. All of them are accused of giving bribes to manipulate their children's test scores and get them to enter elite universities in the country.

Desperate Housewives' star Felicity Huffman pleaded guilty and sent a heartfelt letter to the judge. She wrote, "To my utter shame, I finally agreed to cheat on Sophia's SAT scores and also considering doing the same thing for [my younger daughter] Georgia...I knew it was not right. In my desperation to be a good mother, I talked myself into believing that all I was doing was giving my daughter a fair shot. I see the irony in that statement now because what I have done is the opposite of fair."

Felicity's attorney is now appealing that she receive only one month of incarceration, a year of supervision following her release, and a $20,000 fine for her violations.

19 of the accused parents have pleaded guilty, including 4 who reversed earlier pleas of not guilty. Another 15 are still contesting the charges. A list of the affluent parents involved in the scheme is released by Insider on October 22. Coaches and test administrators involved are also charged.

Click here for the full list of people charged at the United States Department of Justice in Boston. Trials are expected to start next year.

RELATED: A 'Suits' Happening in Colleges; Students Hire Professionals to Sit in for Exams