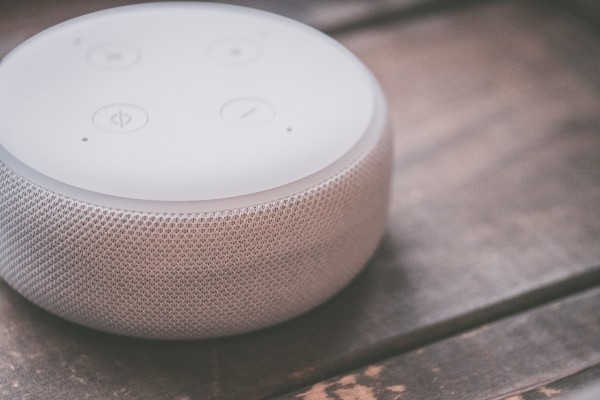 Students nowadays are relying heavily on Google in making their academic papers and assignments. Even kids are more attuned to technology and can use a tablet without being taught by their parents. One amazing thing about this new generation is the ability to use gadgets even with less supervision. Even without tutorials, kids can quickly adapt and work their way around electronic stuff.

The same story is true with this viral video about this 9-year-old from Dalmellington, Ayrshire, United Kingdom. His name is Bryce Gormanley, whose mother caught him asking Alexa about answers to his homework. The home video uploaded by his mother Leanne Gormanley on Facebook got 2 million views in no time. The video shows the schoolboy using his Amazon Echo Smart Speaker to cheat on his Math homework.

Leanne recounted that as she was in the kitchen cooking dinner. She could hear Alexa's automated voice saying "Four times three is twelve." So she went to the living room to check what was going on. Then she caught her son was asking questions and Alexa was answering his Math assignments. The boy was oblivious about her presence so she went back to the kitchen to grab her smart phone and took a video of the hilarious moment.

The boy continued to ask Alexa with: "Alexa, eight multiplied by four?"

Funny enough, the amazed mother did not show her sympathy and was holding her laughter. She jolted the boy with, "What is going on here?" The boy replied, "Doing my homework." Leanne quickly disagreed in disbelief, "No, that is not how you do homework."

The boy just ignored her and kept asking multiplication table questions to Alexa. The boy jots down the answer every single time. Bothered by how this will turn out, Leanne as a mother told her son that he has to do the homework all over again.

"I thought 'Wow how smart.' So afterwards we did his homework again and had a laugh watching the video back. That's when we decided to share it," Leanne explained.

She shared the video with a caption: "I would say it's a fantastic effort son... Alexa is not how you do your home work Bryce." The mother is still amazed with her child's cleverness and that cheeky look on his face when he got caught.

The same feeling happened to those who saw the video and reacted on social media with fun and humor. Most of the reaction and comments were amazing and some were preaching about how technology has changed children in dealing with their academics.

Leanne shared that her experience with her child might be relatable to a lot of parents who allow their children to use gadgets. She added that her son has found a smart way to do it quicker but it should not be tolerated.

Although this is some form of cheating, Leanne is still proud that her son is doing well in school according to his teachers.