How does one improve the spelling ability of a child? A new study shows that teachers who reward pupils as a team rather than for individual achievement can expect better performance. The results of this study was published in the journal, Educational Psychology.

The data collected involved 1,005 student participants. The study highlights how, if used effectively, incentives given to learners can help improve their academic achievements. The team found that children who compete in teams against other groups for any form of reward -- praise or material prize -- usually achieve higher scores.

The researchers suggest that if students were instilled with the concept of "us versus them," the achievers in the team will work to encourage the weakest in the group to do better. This type of team learning is rewarding more students at a time, instead of focusing on the achievements of just one. Apart from the improvement in their spelling scores, the participating students in the study also became more sociable.

Schools use a reward system to motivate students to improve academically. Although it is common practice, there is an ongoing debate among education experts. Some believe the reward system works effectively, while others think that the competition it creates among students isn't helping in building social rapport.

"This study helps put to rest the question of whether or not schools should use rewards," Francesca Wah said, lead author of the study. The study emphasizes that the question should not be about whether rewards should be given to students, but on how these rewards can be used more effectively.

The 1,005 students recruited for the study were assessed at the outset and divided into high, mid and low, based on their spelling scores over the last ten weeks before the study commenced. Each child was randomly assigned to one of the five categories of a rewards-based teaching.

The competitive method rewarded the student who got the highest possible score. Those in the cooperative category were rewarded based on how their group performed. The focus was on the individual performance and how it affected the entire group. The individualistic approach rewarded the students for reaching their personal goal. Students assigned in the cooperative-competitive approach were grouped together in teams and were rewarded based on their performance as they competed with other teams. The last group was a combination of individualism and co-operation where children were divided into groups but were encouraged to help each other achieve their individual goals.

Stickers and stars were used as a general indicator of success. The different learning approaches showed how rewards effectively benefitted the students. Students with low academic performance benefitted from the competitive and cooperative approaches. The middle students appear to excel when put in a competition. High-ability pupils achieved when the individualistic and competitive were combined.

The co-operative approach encouraged the students to become more self-aware and sensitive towards their peers, although individualistic and competitive also showed an improved behavior among learners.

The researchers explained that the students become more sociable when they have more contact with their peers and become more familiar with their strengths and weaknesses. "Co-operation plays a significant role in cultivation social skills apart from self-awareness to improve academically," Wah said. 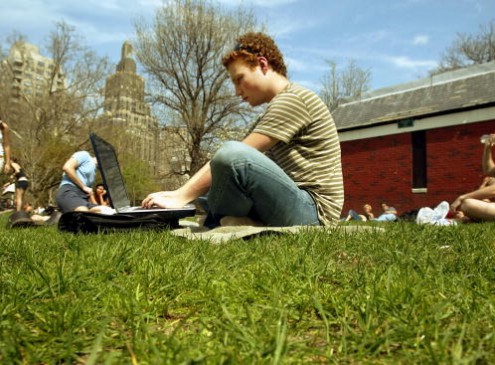 Student Writing in the Digital Age: How are Kids These Days Doing So Far?