Recently, fishermen catching a newborn two-headed porpoise in the North Sea has generated a lot of excitement. Amid the warnings are dire comments that this is one of the results of the Fukushima disaster.

Fishermen in the North Sea caught the conjoined porpoise and took pictures of it which they sent to researchers. They had to throw the porpoise back into the sea because of fishing laws. A group of researchers from different institutions in the Netherlands studied the photographs given and found out that it was newborn.

This is not the first time that conjoined cetaceans have been discovered. However, it is rare as there are only nine cases. More so, it is rarer among porpoises because these creatures because they are too large when they develop in the uterus. Aside from that, a conjoined porpoise would definitely kill the mother.

With the news, there are some people who aired their concerns that this could be the effect of radiation caused by the Fukushima disaster after a big tsunami hit Japan in 2011.

Do they really have a reason for worry? Does the conjoined porpoise a result of radiation?

It had been reported that the waters off the coast of California and on the west coast of the United States have small amounts of atmospheric Cesium - 137, one of the most common isotopes released by the damaged Fukushima nuclear reactor. Fortunately, these amounts are not hazardous to humans.

Jordi Vives I Batlle of the Belgian Nuclear Research Centre conducted a research regarding the impact of the Fukushima disaster in marine life and said that the radiation levels found in the oceans, even those near Fukushima, were lower than predicted.

He explained that one hypothesis to explain this is that sediments are the cause of delay for the dispersal of these radioactive wastes. Thus, marine life that lives at the bottom of the ocean gets the brunt of radioactive waste.

Although the results of different studies have been encouraging, Vives I Batlle recommends that further studies be conducted because there are still a lot of gaps and questions that need to be confirmed. And one of those is the case of the conjoined porpoise. 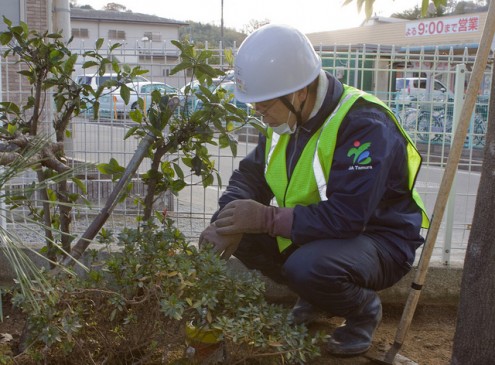