Princeton University announces its attainment of Peter Donald's wide collection of rare Byzantine coins. How many coins are there in the said collection?

According to Princeton University Library, there are 5, 280 coins in the Peter Donald Byzantine collection. The London-based numismatic scholar's items are one of the most comprehensive private collections in the world. Basically, it provides the university an in-depth representation of all virtually known varieties of the Byzantine bronze and silver from all eras and mints.

Apparently, the acquisition of the Peter Donald Byzantine coins was part of a decade-long program of building the numismatic holdings of the Princeton University. In particular, the collection has 179 gold coins, 324 silver coins, and 4, 777 bronze coins.

The items in the collection are dated from 500 to 1450 C.E. For the record, Peter Donald is a popular English scholar of Byzantine coinage and author of many articles based on his collection. In fact, he is a co-author with Simon Bendall on "The Later Palaeologan Coinage, 1282-1453 (London, 1979)".

Peter Donald also served in the Royal Navy during the World War II and worked for the Port of London Authority from 1947 to 1980. He began collecting Byzantine coins in 1952, following a chance encounter with a cup-shaped copper coin in the store of a London antiquary. Now, Princeton University is rapidly becoming one of the leading American teaching institutions for Byzantine Studies.

The purchase of the collection was made through funds from Seeger Center for Hellenic Studies. It was also supported by the Stanley J. Seeger Hellenic Fund. Friends of the Princeton University Library also helped in funding.

On a different news, Prensa Latina reported that Turkish police recently found 533 Byzantine coins in a taxi. Authorities seized suspicious taxi at Istanbul's main bus terminal in the Bayrampasa district and found a plastic bag full of coins after searching the vehicle. Roman and Byzantine coins, as well as four rosaries and three colored stones belonging to the same eras, were identified.

Consequently, another search was carried out in a shop belonging to the taxi passenger. In here, two ceramic plates, 50 cylindrical seals of different sizes and colors, five metal rings, two metal seals, five coins, five metal objects and one cross were collected. 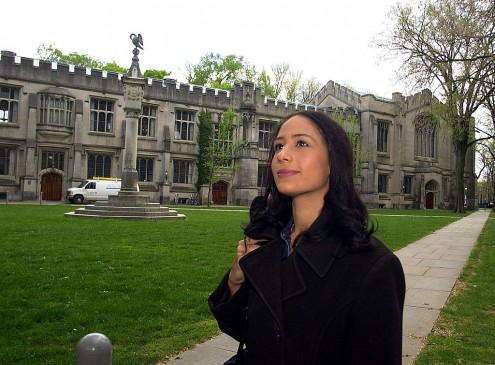