A study by the American Osteopathic Association has found that nearly one billion people around the world are vitamin D deficient. This is believed to be caused by inadequate sun exposure because of sunscreen use.

Kim Pfotenhauer, DO, assistant professor at Touro University and part of the study's research team, said that people are spending less time outside. If they do, they wear sunscreen which nullifies the body's ability to produce its own vitamin D.

Of course, sunscreen does protect people against skin cancer. However, Pfotenhauer admitted that there are healthy, moderate levels of unprotected sun exposure that can help the body boost its vitamin D levels.

Vitamin D is produced when skin is exposed to sunlight and its receptors can be found in every cell in the human body. It plays a significant role in several functions in the body including cell growth modulation, neuromuscular and immune function as well as inflammation reduction, according to AOA.

Individuals who are vitamin D deficient may feel symptoms such as muscle weakness and bone fractures. People who experience these symptoms should have their levels checked and find treatment options.

To increase and maintain healthy vitamin D levels in the body, individuals can spend five to 30 minutes in midday sun twice per week. The right time depends on a person's location and skin pigmentation.

Those with lighter skin synthesize more vitamin D than darker skin. Forgoing sunscreen during these sessions is important because lotions with SPF 15 or higher can decrease vitamin D3 production by 99 percent.

Food sources like milk, breakfast cereals and Portobello mushrooms can also help increase vitamin D levels in the body. Supplements are a good option as well. 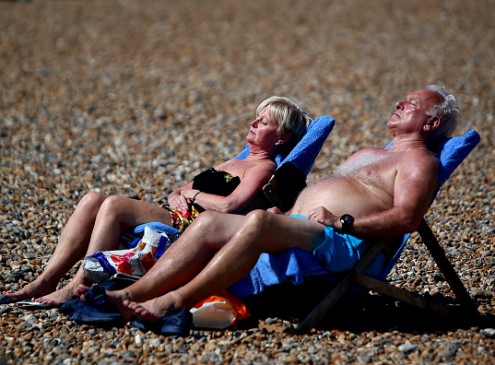