Most animals play dead to avoid a predator, but for female dragonflies, the extreme tactic is used to evade a male suitor. They are one of a few animal species that play dead to avoid death or a mate. According to a study recently presented to the Ecological Society of America, the female moorland hawker dragonflies would suddenly plunge to the ground and remain motionless until the male dragonfly leaves.

The new study was published in the journal Ecology on April 24. Rassim Khelifa, a zoologist and lead researcher from the University Of Zurich, studied the dragonflies in Switzerland and was surprised by the new behavior, AJC reported.

The study showed the behavior was reported in 27 out of 31 dragonflies that were observed, where 21 out of the 27 instances proved successful. The 6 instances showed that a dead female was still desirable enough for the male to attempt copulation.

Mother Nature Network reported Khelifa said the female moorland hawker dragonflies is vulnerable to harassment when it lays eggs and it can permanently damage their reproductive tracts due to repeated copulation. Scientists believe that by playing dead it was the way the female dragonflies survive longer, reproduce more frequently and more successfully.

The surprising behavior is more common than what we all thought. It is the first time it has been observed in dragonflies. Khelifa said she was surprised as she was studying dragonflies for 10 years and has never seen this kind of behavior before. 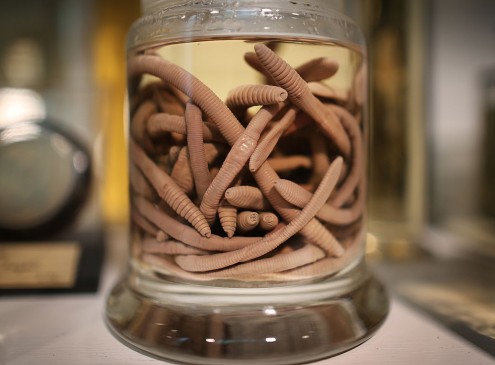