The Blue Whale challenge may be connected to the act carried out by the marine mammal that appears to be suicide. Apparently, the name is used by an alleged "online pressure group" which asks participants to complete sick tests over the course of 50 days. Alarmingly, the tasks escalate from watching horror movies to actually killing themselves.

The Sun reported that the bizarre game started in Russia and is feared to have reached the UK. Sadly, the Russian police suspect that at least 130 suicides across the country may be linked to the online craze. For instance, two school girls named Yulia Konstantinova, 15, and Veronika Volkova, 16, had a fatal fall from the roof of a 14-storey apartment building. Moreover, another 14-year-old girl from Chita allegedly threw herself under a commuter train.

What was scary was Yulia left a note on her social media page saying "End". This happened after she posted a picture of a blue whale. For the record, Russia is the suicide capital of the world.

Now, the Essex Police recently informed a school in Basildon about the Blue Whale challenge. Unfortunately, there are chances that the game has reached the country. Nevertheless, no deaths have been reported in Britain that might be linked to the madness. For safety precautions, though, the authorities still issued a warning to the parents.

On the other hand, according to BBC, the National Society for the Prevention of Cruelty of Children has cited ways to spot signs of a possible suicide. Among the most common signs is sudden secretiveness associated with too much time on the internet and social media. Moreover, the game participants often switch screens on their devices whenever someone approaches. Affected teenagers also get angry after using the internet and they tend to have a lot of new phone numbers or email addresses.

When parents think something is wrong, the best thing to do is to immediately report it to authorities especially those concerning children welfare. In the same manner, talking to them is very helpful as long as mom and dad can assure that any discussion about it will not result in punishment. For example, some teens avoid reporting their concerns about social media if they fear that their internet access will be revoked. 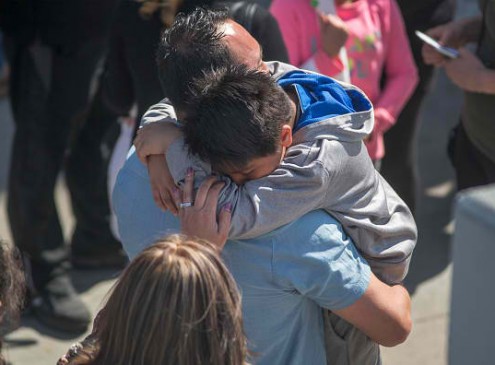