NVIDIA Volta GPU May Be The Real Monster Of NVIDIA; Volta To Use A Retweaked 16nm [Video]

NVIDIA Volta is the true next-generation architecture that could release the high-end GV100 or an alleged Titan Xv as the real monster GPU to beat. Volta GPUs will be using the Taiwan Semiconductor Manufacturing Company's (TSMC) 12nm technology, which is, in essence, a retweaked version of the 16nm process.

NVIDIA just recently released the Titan Xp, which is the full-fat GP102 processor, from which the Titan X and the GTX 1080 Ti were based but only from a cut-down version. Naturally, the monster GPU soon took the place of the GTX 1080 Ti as the fastest card on the market after just a month after its launch.

The Titan Xp is the last refresh of the Pascal architecture with higher clock speeds and beefier memory. It will be succeeded by the NVIDIA Volta as the next-generation GPU under a new architecture and a much-improved process node.

A Volta Xv following the naming tradition of NVIDIA could be the real beast of a GPU to slay the RX Vega. This killer GPU could feature the GDDR5X memory at more than 12Gbps or possibly the 14Gbps, Tweak Town reported.

The upcoming GPU will be produced by NVIDIA's partner, TSMC, which was reported to initially work on a 10nm process node. However, analysts say that the 10nm process is not yet ready until 2019, which falls a year later from NVIDIA's target release of Volta in 2018. The 12nm process is also for the high-end mobile and automotive markets, ruling out a GPU for gaming, Motley Fool reported.

However, NVIDIA has been known to optimize TSMC's technologies and incorporate it with their own for a significant performance gain in every new architecture from its predecessor. NVIDIA Volta will be its first HBM2 product and is considered to be RX Vega's competitor.

The Vega GPUs are set to arrive anytime soon, teased as "just around the corner" bringing with its own game-changing technology. AMD is set to make significant inroads in the GPU market with the Radeon RX Vega GPUs, threatening NVIDIA's long-held dominance. This could be the reason why the Titan Xp was uncharacteristically released by NVIDIA as a preemptive strike against Vega. 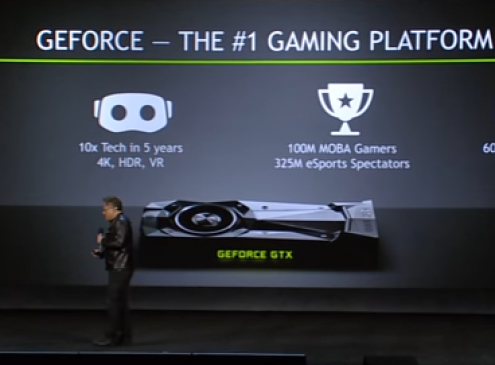