Al Roker has already been to three universities and has helped students break four world records. On Thursday, 'Today' show's Rokerthon 3 went to Loyola University Maryland to make it in the Guinness World Record books with the biggest group crabwalk. Nearly 500 students gathered at Loyola to earn the title "Most People Crabwalking."

The event was Roker's fourth stop of his tour of college campuses. He broadcasted the Baltimore Jesuit University's school spirit to an estimated audience of more than 4 million on the Today show according to The Baltimore Sun. He was impressed with the Loyola student's endurance in crab-walking.

Loyola senior Bob Trosset initially proposed that the university host the world's largest crab feast. The school officials signed off on the $6,000 endeavor, which was a small price to pay for the publicity. However, there was no standing record that existed for a crab feast and there was nothing to break on national television.

Guinness World Record officials suggested the largest crab walk. The record was first set by the Amitie Sports Club of Japan with 279 people in 2013.  In September 2016, the record was previously held by the Northeastern University in Boston, where they had 376 people take part in the event.

It wasn't easy to beat the record, students had to maintain the proper walking posture, which is backsides facing the ground and never touching the ground for two full minutes. A world record adjudicator from Guinness, Michael Empric, was present at the event and confirmed Loyola University successfully broke the record according to TODAY.

Out of the 500 participants, six were eliminated because they didn't hold the crab-walking pose for the full two-minute time. Baltimore is known for crabs and it was a great record and seemed appropriate for where they were said Empric. 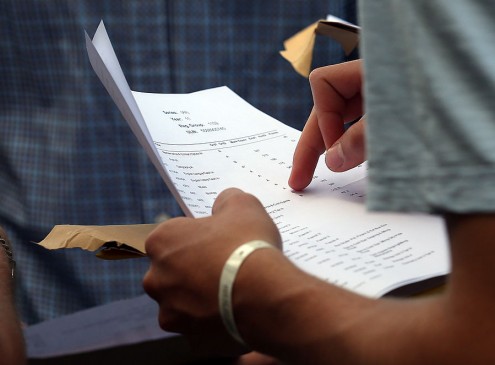