Dr. Xin-Yun Lu, a neuroscientist from the University of Texas Health Science Center in San Antonio, has been hired by Augusta University (AU). Georgia Research Alliance (GRA) helped with the process.

Dr. Lu will be the 64th GRA Eminent Scholar when she joins the AU Department of Neuroscience and Regenerative Medicine in June, The Augusta Chronicle reported. The GRA reviews prospective recruits to Georgia research universities.

If the candidate is able to satisfy the criteria, GRA President Michael Cassidy said that the group would be part of the sales team. It would also work with the university to help attract these superstars to the universities in Georgia.

He added that several of the candidates want to join because of the opportunities awaiting them at the university. However, they are also said to be attracted to what the research alliance is doing.

Part of the group's strategy is in looking at improving strengths in specific areas by bringing in a critical mass of researchers in that field. Cassidy noted that they are planning to develop research clusters that span the whole research enterprise across the state.

Dr. Lu is said to be a good fit for the "strong collection" of Eminent Scholars in the Neuroscience and Regenerative Medicine space. She will be introduced to potential collaborators at Emory University, Georgia State and the University of Georgia as soon as possible for further collaboration.

The neuroscientist has been investigating hormones produced by fat tissues, specifically leptin and adiponectin. Dr. Lu studied whether they can influence mood and disorders like depression and PTSD.

According to KSAT, Dr. Lu studied PTSD in mice to help develop treatments for humans. The subjects are injected with human fat hormone adiponectin, which she said helped both mice and humans recover faster from PTSD.

She also believes that people who get PTSD may have lower levels of fat hormones. Injecting adiponectin into the mice helps them overcome their fear quicker. 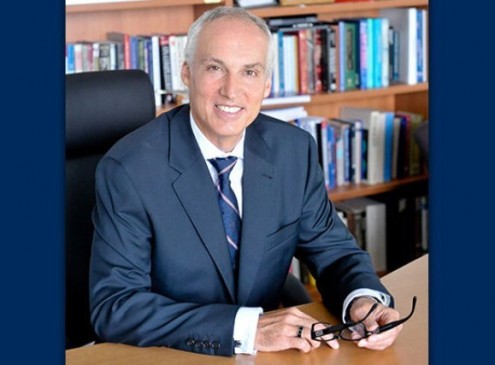