For all of us frustrated with our devices' battery life there might be some good news from ninety-four-year-old John Goodenough, professor in the Cockrell School of Engineering at The University of Texas at Austin and co-inventor of the lithium-ion battery, came up with an idea for a new battery that might shatter the limits of what we currently use.

Professor Goodenough claims, his new battery holds three times more energy, can be charged quickly, does not explode and function without problems at low temperatures. His new development could not have come at a better time, for the lithium-ion battery he co-invented back in 1980 is showing signs of its limitations when used in power hungry devices we have today.

The current lithium-ion batteries use liquid electrolytes, professor Goodenough's idea is to replace this liquid with glass, which should eliminate the possibility of it combusting. The best part of this development is that the battery will cost cheaper, as it replaces the lithium with sodium as a key material, according to Fortune.

Though it may be true that lithium is not that rare, it is still much harder to come by than sodium that can be extracted from seawater. His latest breakthrough, according to UT News, is completed with Cockrell School senior research fellow Maria Helena Braga. Their new technology is discussed in a recent paper published in the journal Energy & Environmental Science.

In demonstrations, the new battery cells have shown that they have at least three times as much energy density as the conventional lithium-ion. Energy density gives a battery installed in an electric vehicle its driving range, which means a higher density battery would deliver power to allow the vehicle to drive more miles between charges.

Additionally, the use of solid-glass electrolytes allows the battery to operate at temperatures far lower than today's standards even at subzero degree weather, the report claims. Another advantage of their battery is that it can be manufactured using earth-friendly materials.

Professor Goodenough and Braga are now working on several patents and continuing their battery-related research. They intend to work with battery makers to further develop the technology and test their products in electric vehicles and energy storage devices.

Groundhog Day: Learning The Science Behind The Folklore [Video]

Google Research In Collaboration With Daydream, Wants Your Head In Mixed Reality [Video] 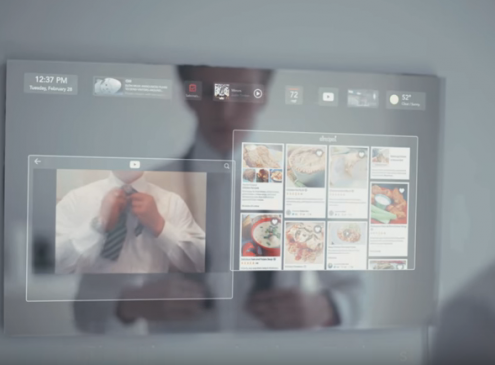 Meet The AI Butler That Rivals Jarvis In A Smart Mirror Made By New York Start Up Company...