Apple customers have been left out in the Virtual Reality (VR) uprising since the Oculus Rift or the HTC Vive work for Windows computers only. Developer Cindori has now made a new app that enables the Oculus to unofficially support some MacOS machines.

The develop Cindori has recently released a MacOs app for the Oculus Rift VR headset. The app is called the VR Desktop, which costs $20. It is able to produce a virtual multi-monitor workspace for MacOS devices running the MacOS 10.11 or any higher version, but it can only work with an Oculus Rift Development Kit V.2. Incidentally, the Oculus version of the FB VR headset is set to be released in the latter part of the year.

The VR Desktop is not much different from the big screen simulators used by PlayStation VR or other HMDs. The only difference is that the latter is often used to watch movies while the former gives easy access to the MacOS device on which it is running. The VR Desktop basically mirrors a Virtual Desktop, Envelop and other similar apps.

Mac owners can use the Oculus rift to view their MacOS desktop which can have as much as three virtual displays. The only hitch with the new app is that it only works with "modern" MacOS devices with discrete graphics cards. Still, Cindori has done an amazing feat since the Oculus Rift does not officially support MacOS machines, Digital Trends reported.

The reason why Apple customers have missed out the VR uprising is because Macs generally do not have the graphic chips specification needed to run the Oculus Rift. The 21.5-inch iMac uses Intel's integrated graphics component while the 27-inch iMac relies on the AMD Radeon R9 M300 Series, which is not labeled as VR-ready. Moreover, the latest MacBook Pro uses integrated graphics while the cylinder-shaped Mac Pro desktops rely on the dual AMD FirePro D Series graphics chips, which is again not compatible with the Rift.

Cindori's VR Desktop was able to find a way despite the MacOS limitations. The company has boasted of its "state-of-the-art VR framework" that aims to deliver a buttery smooth experience with modern Macs with discrete graphics chips. Though the developer did not specify its hardware requirements, the application already rules out MacOS machines with integrated Intel graphics.

Previously, Oculus has planned to support the MacOS devices but put it on hold until Apple releases a "good computer." Observers say that this may be unlikely since the Cupertino giant has seemed to abandon the use of high-end GPUs it once featured before. Now, Apple customers have an app that they can use with the Oculus Rift. Moreover, Cindori is also planning to support the HTC Vive in the hope to capture a wider market, Tom's Hardware has learned. 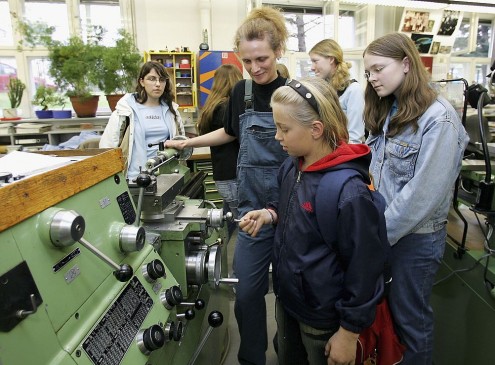