It is the buzz of the tech world, Google has finally confirmed that it will release Android in early February. But the biggest story, for now, is the upcoming Google smartwatch, the LG Watch Sport.

Google started 2017 with a couple of big Android Wear-related announcements. The announcement also hints something new about the search giant. Pundits are already speculating that Google might plan to focus on the development of the new ecosystem for wearable devices for this year.

The new Android Wear 2.0 is coming just a few days and many companies have lined-up to announce support for the new mobile OS with the launch of their own smartwatches. Even the search giant himself is also planning to launch a new Android 2.0 powered smartwatches, which will be built by the Korean electronic giant LG.

According to Softpedia, the Mountain View-based company has also planned to introduce not just one but two LG-built smartwatches in the market. However, at this time, there's not much information can be found about LG Watch Style, so the software-focused website decided to focus more on the other one, the LG-built Watch Sport.

The upcoming LG Watch Sport has been spotted recently on Geekbench, a benchmark database website that focuses on the performance results.

As mentioned earlier by Softpedia, the Watch Sport might cost around $350. However, this leaked information about prices has not yet confirmed by Google. But Softpedia considered this pricing info to be accurate as it came from a highly reliable source, the Geekbench.

According to Geekbench, the Watch Sport will be powered by a still unnamed 1.09GHz quad-core processor, coupled with 768MB RAM. Geekbench has also confirmed the "Swordfish" code name for the LG-built Google smartwatch.

Both LG-built smartwatches have also been confirmed to feature Google Assistant integration,
along with a Wi-Fi and Bluetooth functions on board. The new LG Watch Sport will also add a few cellular connectivity on board, which include 3G, LTE, GPS and NFC.

Although the upcoming Watch Sport is listed by Geekbench with Android 7.1.1 Nougat OS on board, the LG -built smartwatch is actually will be shipping with Android Wear 2.0.

Based on the previous Softpedia reports, the smartwatch will feature a 4GB of storage and a decent 430 mAh battery, which will allow one day of average usage. In addition to the battery and storage, the LG Watch Sport will also feature an IP68 and IP67 certification, so the crowd might expect a new water-resistant smartwatch here.

As for the release date, there's still no official words from Google. But Softpedia reported earlier that the search giant was supposed to launch the upcoming Android Wear 2.0 along with the two new smartwatches on February 9.

However, renowned VentureBeat mobile reporter Evan Blass claims that the upcoming Android Wear 2.0 along with the smartwatches will be launched on February 8, which is one day earlier than previously reported.

Update: the launch of both the watches and the platform have been moved up a day, to February 8th. 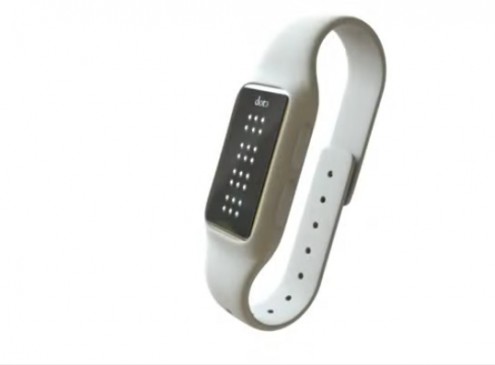 A Tech Must See: The First-Ever Smart Watch That Sends Braille Notifications To Its Users