The LG V20 review looked into the key specs and features of LG's flagship phone and how it fares against other phones with its superior 32-bit Quad DAC, making it the perfect phone for audiophiles looking for topnotch sound quality. However, the V20 lags behind top-end devices like the iPhone 7, Samsung Galaxy S7 and the Google Pixel when it comes to design and camera features.

The LG V20 was launched during the IFA 2016 as the successor to the unique and innovative LG V10 with its dual camera and dual display, a first of its kind. However, interest soon waned including for the latest LG G series, namely, the G4 with its poor battery life and the latest G5 with its unique modular system that failed to impress.

The LG V20 can boast of a premium performance with its quad-core Qualcomm Snapdragon 820 chipset with 4GB RAM, Adreno 530 GPU, and 64GB internal storage. It has removable battery, a bright attractive screen even under direct sunlight and Android Nougat out-of-the-box, one of few devices aside from the Pixels.

The LG V20 has by far the most excellent audio quality brought by the 32-bit Quad DAC, making it an excellent audio recorder and wonderful media player according to Engadget. For consumers who are looking for the best sound quality, the V20 is unparalleled in that area.

Retaining the V10's dual screen, the LG V20 may be hurt with this unique functionality for consumers say that the tiny screen is useless. Moreover, the dual camera lags behind those of the iPhone 7, Samsung Galaxy S7 or the Google Pixel.

The LG V20 is also not waterproof, a compromise for the removable back and battery, and is difficult to use with just one hand. The V20, though slim at 7.7mm, is quite heavy at 172 grams and can be costly with some carriers, MakTech has learned.

To recap, the LG V20 is clearly a good phone, but may not be a wise purchase for those looking for a phone with basic features of raw power, sleek design and the best in capturing images or playing music. However, for those who care more for sound quality, the V20 is the best one to date. 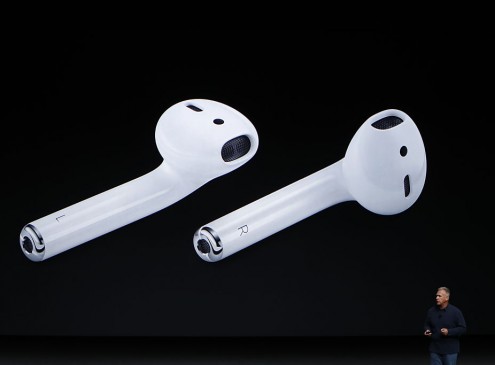