Christmas is going to be great with Americans of various faiths and ethnicities. They can count their blessings. President-elect Trump will grant the request of those who put him in power  once he is inaugurated.

Trump is lauded with his backing of school choice by Christians, Jews, and Muslims through charter schools and vouchers. Parents who desire for their children to obtain religious teachings and be exposed to traditional moral instruction usually does not have the financial capacity in enrolling thier children in private schools. Trump plan to expand school vouchers that exist in various communities that will allow parents to choose the values taught to their children, as reported by National Post.

These various religious groups have advocated for these school choice reforms. They owe Trump for this success as well as to the black community. Trump decided to make school choice an issue during elections because of the blacks. Sixty-six percent of black favor school choice in order to give their children a quality education that are not provided in public schools. The U.S. government still lags behind in education among Western countries despite an estimated $12,000 per student per year on education. Blacks are the most underserved in public education as a mere 17 percent Grade 8 black students are proficient in English and Math.

History Behind Religion In Classrooms

It was on June 25, 1962 since the U.S. Supreme Court first declared the unconstitutionality of prayer endorsed by the government. This landmark decision greatly altered the manner in which religion and faith are handled in classrooms.

It started when a Jewish New Yorker Steven Engel banded with other parents in 1958 to sue New York State over prayer that was endorsed by the state that was being recited in schools. The Supreme Court sided with Engel.

With election issue as a main political platform made by Trump, he was able to gain the votes of the black community (will referring to them as black community be politcally correct?) by promising them the school choice that was not provided by the Democrats. 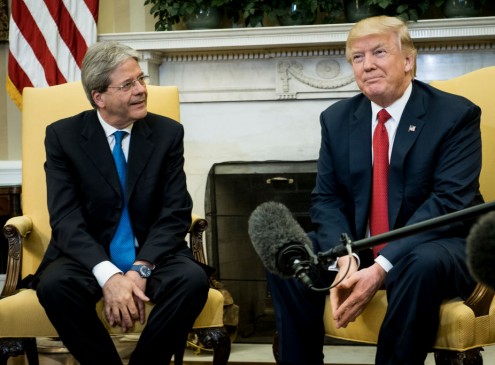