Korean electronics giant LG is facing tough issues. LG has finally acknowledged the bootloop issue on its LG G4 smartphone and has made a promise that it will repair the affected devices.

According to NDTV, the Korean electronics giant has finally acknowledged the bootloop issue affecting some users of its G4 flagship smartphone. As mentioned earlier in a statement to Android Authority, LG said that the cause of the bootloop issue is a loose connection between components.

The LG G4 bootloop problem is said to affect almost all region and carrier-specific variants of the LG G4 smartphone. It causes the devices to reboot into recovery mode, instead of normal mode. Users having this kind of issue will not be able to fully boot into Android OS, thus making their LG G4 smartphone unusable.

The issue was first spotted as early as September last year with several videos posted online demonstrating the bootloop issue. Now, the bootloop issue has come back to haunt LG as some reports claimed that the issue has already hit the new LG V20 smartphone.

Fortunately, LG has reportedly come up with a much better explanation this time. According to LG, the bootloop issue presented in the new LG V20 is likely caused by the users who are not using genuine USB Type-C cables with their mobile devices. The fake USB Type-C cable is apparently the one to blame for the V20 issue, especially if the USB Type-C cable is made up of low-grade materials.

However, some users are not strongly convinced with LG's explanation. According to Reddit user Nathan K, the bootloop issue is unlikely to be caused by a third-party USB Type-C cable. The Reddit users also added that it could still happen under certain situations.

The Korean company has yet to announce whether it would provide free tech support to affected users or it would stick to its USB Type-C cable excuse. 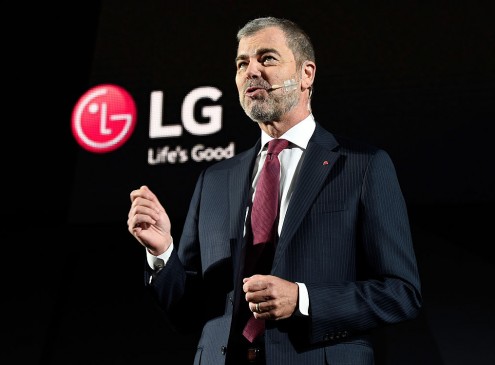