Apple has another big serious problem looming on the horizon. The Cupertino-based company has finally pulled the latest watchOS 3.1.1 update after it received reports about the software "bricking" some users' Apple Watch Series 2 devices.

Following reports and complaints that the latest watchOS 3.1.1 update is bricking some Apple Watch Series 2 models, Apple has temporarily suspended the planned update. This means that the big update is no longer available for download from the app store, with watchOS 3.1 listed as the most recent update for those users who had not installed the troubled watchOS 3.1.1 update.

As reported earlier by Ars Technica, after downloading and installing the latest watchOS 3.1.1 update some Apple Watch Series 2 owners noted that their devices have been bricked and no longer worked. These Apple Watch users have already posted images of their Watches online, where it shows a bright red exclamation mark on the screen instructing Apple Watch users to visit the company's official website.

The bricking device issue appears to affect mostly Apple Watch Series 2 owners, and it still not clear why the update failed on some devices and not on others. The update watchOS 3.1.1 will likely be made available again once the bricking bug is finally fixed.

At this time, it's still unclear what has caused the bricking issue, but the company is working hard to address the issue, according to TechCrunch.

Apple has already posted some instructions to its technical support page, instructing affected customers to conduct force restart or resetting by pressing and holding the side button and the Digital Crown at the same time.

Unfortunately, force restart or resetting options have not worked for most affected Apple Watch Series 2 customers. This means that Apple has not yet addressed the bug issues, so replacing Apple Watches with another watch will likely be considered here as a temporary solution.

As a result, many Apple watch users have decided to return their troubled watches to an Apple retail store or mail it to the Apple directly for fixing the issue. However, Apple retail store cannot service affected Apple Watches owners, because access to the diagnostic port is required.

Launched in September 2016, Apple Watch Series 2 is a second-generation Apple Watch model. It features an Apple S2 processor on board and has built-in quick-on GPS (global positioning system). The watch is currently has a water resistance rating of 50 meters under ISO standard 22810:2010. 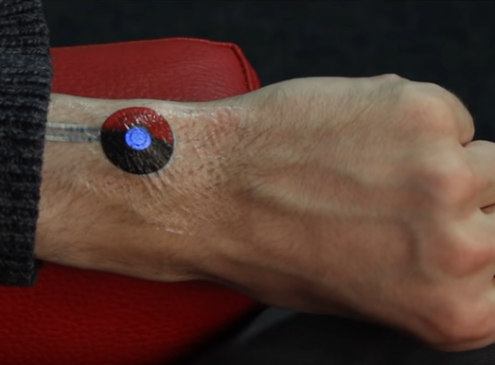