The "Five Nights at Freddy's" movie based on the hit game is now on hold because of production reasons. Fans have been eagerly anticipating the arrival of the movie based on the horror survival game that already has 5 installments so any news about it would be welcome.

According to Arcade Spot, "Five Nights at Freddy's" received the green light for production and is scheduled to hit theaters in a couple of years. However, things have changed on the production front.

Creator Scott Cawthon did assure fans that the "Five Nights at Freddy's" movie is actually already in development. He also mentioned the several people are working hard on producing the best script possible for the fans. He finally noted everyone involved in the movie is taking it seriously so they are definitely aiming for it to be released in the near future.

"Five Nights at Freddy's", according to Wikipedia, is a horror survival video game where the players must utilize various in-game mechanics like security cameras in order to survive against animatronic characters which become really dangerous during late hours. The Animatronics are Freddy Fazbear, Bonnie the Bunny, Chica the Chicken and Foxy the Pirate Fox and there was a fifth animatronic, Golden Freddy that was revealed in the fourth installment.

The "Five Nights at Freddy's" series does not have any main human characters but security guards who differ in each installment like they had Mike Schmidt in the first part, Jeremy in the second, Fritiz in the third and Mike in the fourth. The lead villain in the series is Purple Guy, a former employee of Fazbear Entertainment who murdered a minimum of five children, whose spirits now occupy the animatronics.

Are you excited for the film version of "Five Nights at Freddy's"? Check out this video now: 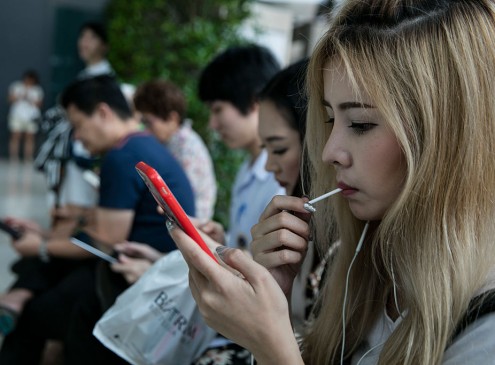