Jimmy Fallon Geeks Out On Nintendo Switch Debut On ‘The Tonight Show’; Mystery Exclusive Game Coming To The Switch [Video]

Jimmy Fallon debuts the soon to be released Nintendo Switch on "The Tonight Show" that showed how the new hybrid console/tablet works that featured "The Legend of Zelda: Breath of the Wild."

Nintendo of America Reggie Fils-Aimé appeared on the show in a segment with Fallon where he demoed an iOS version of "Super Mario Run." The game's creator Shigeru Miyamoto was in the gallery with the audience watched Fallon try out the new games as well as see him handle the new Nintendo Switch with "Zelda" running, DigitalTrends reported.

Fallon demonstrated "Super Mario Run's" main game mode, World Tour, the traditional single-player 2D platform we have grown to love, though the controls of the game are simplified, showing the game can be played via single button presses most suitable for mobile devices.

The other two modes of the game are Toad Rally where players can play against other people and Kingdom Builder where players can build their own Mario kingdoms. Fils-Aimé also announced that anyone could try out a demo version of the game before its launch on December 15, by going to Apple Stores worldwide.

The big reveal, of course, was the appearance of the Nintendo Switch. Fallon flipped out like a kid on Christmas. Fils-Aimé initially played the game on the big screen using the Pro-Controller with Jimmy begging to let him try it. Fils-Aime instead of giving the controller to Fallon used that to segue into probably the coolest feature on the Nintendo Switch.

In a split second, he took the game from being played on the screen to the tablet without losing his place in the game, which delighted Fallon as Fils-Aimé handed him the tablet. Zelda brought Fallon to the edge. Sadly, in an earlier report, the game will not be ready for the Nintendo Switch's release in March.

Meanwhile, Express reported that a third-party developer would be releasing a game that is exclusive to the Nintendo Switch. "Seasons of Heaven" will not be coming out during the Switch's launch in March but announced an exclusive release of the game for the hybrid console in 2018.

Nintendo Switch RUMORS: Game Lineup LEAKED; [CONFIRMED] Zelda Will Not Be Launched With ... 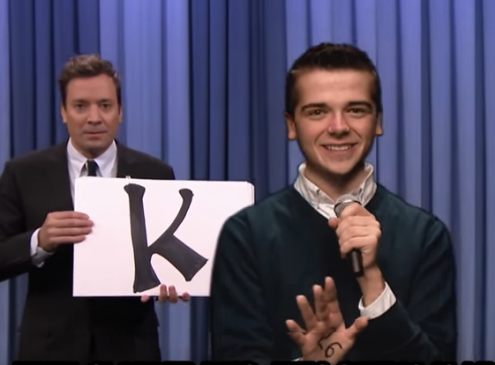