Microsoft has declared a series of targets for its newly acquired social platform and it plans to carry out LinkedIn notifications in the Windows 10 Action Center. The move will allow users never to miss any pings from LinkedIn, as reported by The Verge.

This feature can be altered as LinkedIn might dissrupt users' daily lives. A user who opens his LinkedIn profile might be overwhelmed with numerious notifications. It could be a disruption of 22 InMail messages from people that the person has no connection with. It might also be 45 pending invitations that a person has to accept for fear that the follower count will balloon past the 500+ mark.

The uniqueness of the social platform LinkedIn comes with its being a professional network. Millions are part of its database but only a solid group of recruiters and sourcers, marketing professionals,networkers, and other human resource professionals utilize the said network. It has great market value with $26 billion as its acquisition price. LinkedIn has a network of rmore than 400 million professionals that can enhance Microsoft's depth in competing with Oracle, SAP,and Salesforce. LinkedIn will fill that gap that Microsoft lacks. This will serve as a social data gold mine of millions of career professionals.

With its great usability, LinkedIn can still be baneful for various users. It can be upsetting to the user as it reminds one of the lack of polished resumes that others have. It can be a source of discouragement and one does not need to be reminded of this daily in a serious of pings and notifications.

LinkedIn was started in 2002 by Reid Hoffman and some of his colleagues. It was launched in 2003. 2015 was the year where the site's income came from selling access to data and information about its users to sales professionals and recruiters. 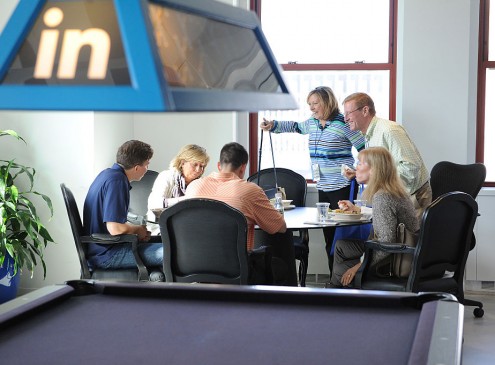