Where Did The "First Kids" Go To College?

People have always been curious and fascinated where the presidential kids went to college. Here is a list of the present and some of the past presidents' kids college history.

The 36th President has two daughters - Lynda and Luci. Lynda Bird Johnson Robb attended the University of Texas at Austin, Class of 1966. Luci Baines Johnson, on the other hand, attended Georgetown University College of Nursing & Health Studies. In 1966, she got married which became the cause of her dismissal from the university because the school prohibits married students.

Richard Nixon, the 37th President of the USA, has also two daughters Patricia and Julie. Tricia Nixon Cox attended Boston College and got her Bachelor of Arts Degree in English in 1968. Julie Nixon Eisenhower, on the other hand, graduated from Smith College in 1970. Then, she got her Master in Education in 1972 from The Catholic University of America.

Caroline Kennedy went to Radcliffe College at Harvard University and got her Bachelor of Arts Degree in 1980. In 1988, she received a Juris Doctor from Columbia Law School graduating as part of the top ten percent of her class.

The late John F. Kennedy, Jr. went to Brown University where he majored in American Studies. He also got a law degree from the NYU School of Law in 1989 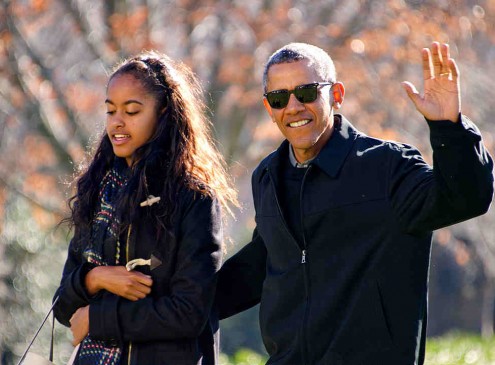 Malia Obama Will Go to Harvard, Where Did Other ‘First Kids’ Go to College?