"Yesterday, December 7, 1941, a date which will live in infamy, the United States of America was suddenly and deliberately attacked." These lines from President Franklin Roosevelt's speech before the joint session of Congress and the nation have been immortalized. Now, 75 years later, the country remembers the 2,403 American soldiers who perished in the brutal attack on Pearl Harbor.

The world was already in the middle of the World War II and Congress and the American people are split right in the middle about joining it but the brutal bombing of Pearl Harbor, which left 1,178 US personnel injured, made it clear: America was joining the war.

That speech was delivered by Pres. Roosevelt the day following the attack, December 8, when the US declared war on the Empire of Japan. The following days saw thousands of men signing up to join the armed forces.

Fifty million lives were lost in the only War that saw wartime nuclear attack. The United States bombed Hiroshima and Nagasaki in August 1945 where 125,000 people were killed.

The fallen heroes and veterans of Pearl Harbor are remembered across the continental United States where flags flew at half­-staff and the armed forces held a moment of silence.

In Hawaii, thousands gathered at Kilo Pier overlooking Pearl Harbor yesterday morning and bowed their heads to offer a moment of silence at 7:55 a.m. It was about this time that Japanese planes started bombing.

The USS Halsey also carried sailors, dignitaries, veterans and ordinary citizens around the bay to pay their respects through a pass-in-review which took them around the harbor including the USS Arizona Memorial.

Now, 7 decades later, the world has felt the guilt and reflected on its actions and the shadows cast by the World War has been replaced by nationalist resurgence. There has also been time to heal and mend wounds.

President Obama has been the first sitting American president to visit the memorial of the bombing in Hiroshima last May and later this month, Japanese Prime Minister Shinzo Abe will visit Pearl Harbor. PM Abe will be the first Japanese leader to travel to the site of the attack. 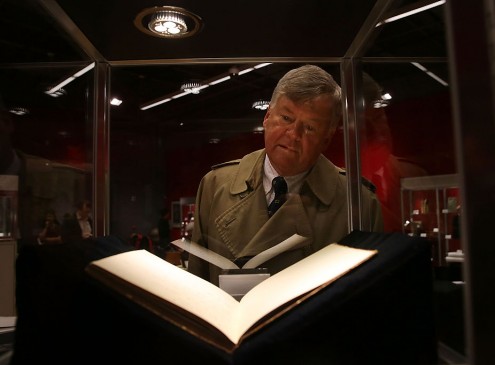