Samsung is reportedly preparing for the rolling out of Android 7.0 Nougat to Galaxy S7 and Galaxy S7 EDGE, as the company is looking forward to deliver more exciting features to its users. Is it true that Nougat experience in Galaxy S7 is better than the Google Pixel phones has to offer? Find out the truth here!

The long wait is almost over for the fans of Samsung Galaxy S7 and Galaxy S7 EDGE handsets as the South Korean tech company is preparing for the rollout of Android 7.0 Nougat to their respective handsets im December. According to Tech Radar, Android's latest beta program is worth the wait because it brings a lot of changes most especially to the features.

The said rollout will be available to the users residing in the following countries: United Kingdom, United States, South Korea and China. The rollout is also expected anytime soon in the Philippines as confirmed by a representative of beta program in the assistance chatroom conversation.

It seems like Samsung has prepared so much for the rolling out of Andoid 7.0 Nougat to Galaxy S7 and S7 EDGE due to the reported enhancements on the features of the newest version of mobile OS. According to GSM Arena, one of the most notable changes is the split-creen mechanism where Samsung has split the important apps from the non-important ones through providing two screens.

In addition, the following are also expected from the latest updates:

Android 7.0 Nougat to Other Samsung Handsets

Samsung Galaxy S6 and Galaxy S6 EDGE are likely to be the next in line for the update. The two units have reportedly spotted runnng Android 7.0 Nougat in GFXBench and GeekBench. 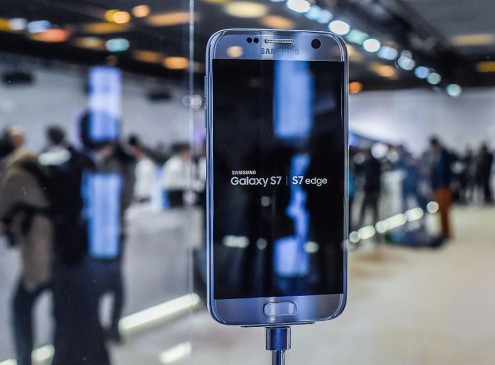