Housework Does Not Help To Cut Calories, Study

A recent University of Ulster study has disproved a long-standing theory of household chores making people fit and healthy. The researchers found that people who were involved with household chores were heavier than those who exercised.

This finding is further supported by previous studies, which claim that housework does not help raise the heart rate and can be counted under moderate exercise. As both housework and DIY are not taxing, it does not help to meet the goal of 150 minutes of moderately intense activity every week.

Researchers said that people who make it a point to associate themselves with gardening, DIY, vacuuming or cleaning instead of spending time in regular forms of exercise might end up being cheated in their weekly exercise count.

They arrived at this conclusion after following over 4,000 people. Around 43 percent stated that they met or exceeded guidelines on exercising every week. On the other hand, domestic housework in 10-minute intervals or more lead to 36 percent moderate-to-vigorous physical activity.

Experts said that exercise can only be taken into account if it causes the heart to beat rapid and faster, reports BBC.

"Housework is physical activity and any physical activity should theoretically increase the amount of calories expended," Professor Marie Murphy, from the University of Ulster, who led the study, told Guardian.

"But we found that housework was inversely related to leanness which suggests that either people are overestimating the amount of moderate intensity physical activity they do through housework, or are eating too much to compensate for the amount of activity undertaken."

Kevin Fenton, director of health and wellbeing at Public Health England, said that this study now forces people to reflect on their lifestyle.

"At an individual level there may be a tendency to overestimate the level of 'good behaviour' we're doing and this is reflected when people use food diaries, pedometers or apps to measure more objectively what they have achieved. This study may reflect this," Fenton told BBC.

Even though housework does not help in reducing maximum calories, it does help in inducing physical and mental well being.

"From an individual perspective, physical activities such as housework, doing the shopping and walking to collect children from school or to post a letter, can have positive impacts on physical and mental wellbeing. People who are even more active will often see greater benefits and it is important to recognise that healthy weight is just one of the potential outcomes of physical activity," Fenton said. 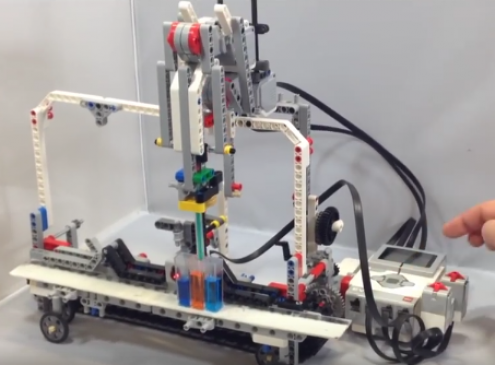