The young man in a sweatshirt, jeans and sneakers with an innocent face and looks reserved made a social network. Well, "the" social network, actually. He's quite grown up now. He's got a family but still still dresses the same way most of the time. He still works on his social network, a mammoth success that it is now and he's just been named as Fortune's Business person of the Year.

For the past decade Mark Zuckerberg together with the generation that first got on Facebook have all grown. Mark remained pretty much in the spotlight working on other projects apart from being Facebook's CEO.

In an interview with Fortune's Adam Lashinsky 11 years ago, Mark was adamant about not selling his company and insisted that he prefers to build "something cool" as opposed to being bought.

Today, that "something cool" translates to an organization that has 16,000 employees with 1.8 billion users around the globe and a company that is valued at $350 billion with estimated earnings of $27 billion from advertising for 2016 alone and other profit projections at $7 billion.

The company has also developed 2 core homegrown apps: Facebook's Messenger and Groups. Zuckerberg also fortified the social network's presence by acquiring different apps and business under its portfolio. This includes the photo-sharing website Instagram which Facebook bought for $1 billion in 2012. Two years later, Facebook purchased the virtual reality headset company Oculus VR for $2 billion, which Zuckerberg believes is the next-level of communications. That same year, 2014, and Facebook also acquired communications service WhatsApp for a whopping $19 billion.

Mark and his wife Priscilla Chan have also launched the Chan Zuckerberg Initiative with the birth of their daughter Max. The Initiative is part of the couple's philanthropic work which is focused on using science and technology to advance human potential.

The success and achievements Mark Zuckerberg has accomplished have earned him a celebrity status rubbing shoulders and shaking hands with world leaders and being compared to other tech luminaries like Bill Gates, Steve Jobs and Jeff Bezos.

Despite all the work and including the competition Facebook has faced primarily from Google, Snapchat and Twitter, Mark remained the company's CEO and premier product evangelist. While he had grown an exceptional team to take care of the major projects within the company and got top tech executive Sheryl Sandberg as COO, Mark is very much involved in running the business and his exceptional business acumen have often gone unnoticed in Facebook's 12 year sprint to dominance.

Three key things can be gathered on why Mark Zuckerberg is such an effective business person:

While most people think from day-to-day, Mark thinks centuries ahead. He has this ability to spot things that will make an impact long before everyone else sees it.

This is evident in his ambitious goals and pursuits: to to have everyone else in the planet not yet connected to the internet online and to eliminate diseases in the next 100 years. To the rest of us, it may seem impossible but for someone who thinks way, way ahead, it is a likely probability.

One recurring theme in Facebook's history has always been connectivity. At first to have everyone join, now it's taking the internet to the world so those that don't have Facebook yet will have a chance to experience it.

Now also includes developing artificial intelligence and virtual reality since these is the next horizon of technology.

As the company's chief product visionary, Mark as consistently laid down the direction that they will be headed to make sure everyone is on the same page and the team is aware.

Millennials have been known to be impatient but Mark has displayed extraordinary patience. He kept working on Facebook before it was making money. He worked on building not just the product but a "growth team" behind it that will ensure Facebook adapt to the changes of the times.

He showed the same level-headed patience with Instagram which had zero revenue when Facebook acquired it. Now that patience is paying off as the social photo sharing app's business continue to grow. 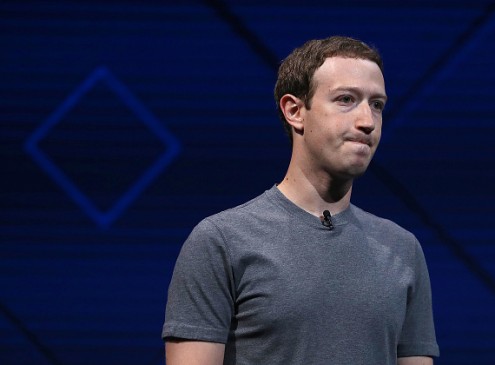